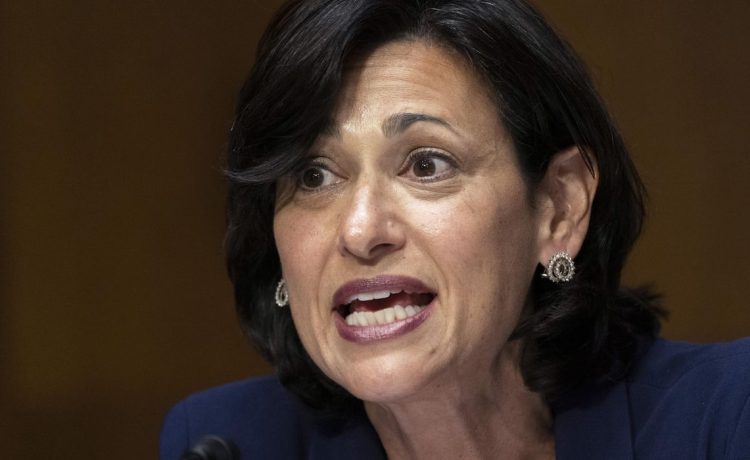 The White House said Friday it is “cautiously” optimistic about a slowdown in the rise of monkeypox cases in key cities and that it has almost enough Jynneos vaccines to give two doses to Americans who are at the highest risk for the virus.

The administration estimates there are 1.6 million people with the highest risk of contracting the disease, including certain men who have sex with men and known contacts of someone with monkeypox.

“We’re approaching having enough vaccine for everyone in the at-risk community to receive two doses of vaccine,” said Robert Fenton, the White House monkeypox coordinator

The U.S. is stretching supplies by recommending an injection technique that puts the shot just below the top layer of skin. The intradermal injection allows recipients to get an adequate immune response with only a fifth of a dose.

Mr. Fenton said 75% of jurisdictions are using the intradermal technique of the vaccine and another 20% are working in that direction.

Dawn O’Connell, assistant secretary for preparedness and response at the Department of Health and Human Services, said 600,000 vials were distributed early on — when one vial equaled one dose — and there have been hundreds of thousands of later shipments that turned one vial into five doses under the new technique.

All told, the campaign has secured more than 3 million doses, slightly shy of two doses for the estimated high-risk population.

The administration is under intense pressure to wrangle monkeypox, a virus that is endemic to parts of Africa but started spreading in the U.S. and other non-endemic countries in mid-spring.

The Centers for Disease Control and Prevention has recorded more than 16,900 cases of monkeypox across the U.S. and experts say it would be a remarkable public health failure if the virus becomes a fixture in America.

There are some signs that cases are slowing down in places like New York City, Chicago, San Francisco and other parts of the world.

“I want to be cautiously optimistic about these,” CDC Director Rochelle Walensky said. “The rate of rise is lower but we are still seeing increases and we are of course a very diverse country and things are not even across the country, so we’re watching this with cautious optimism and really hopeful that man of our harm-reduction messages and vaccines are getting out there and working.”

The virus is related to smallpox and features a rash with painful lesions. A small percentage of cases are fatal, though the CDC hasn’t reported any deaths from monkeypox in the U.S. this year.

Most of the cases have been in gay and bisexual men.

The virus spread through close personal contact, which can include sexual contact, but it is not classified as a sexually transmitted infection.

The Biden administration and local officials have been careful to say that anyone can get monkeypox to avoid stigmatizing the gay community, but it is focusing resources on gay social networks that have been hit the hardest.

Dr. Walensky said 92% of initial doses of the Jynneos vaccine have been administered to men.

The administration is working with Atlanta and New Orleans to prepare for upcoming gay-pride events. The events are expected to draw members of the Black community, so Dr. Walensky is hopeful that vaccine efforts at the sites will close some racial disparities in vaccine distribution.