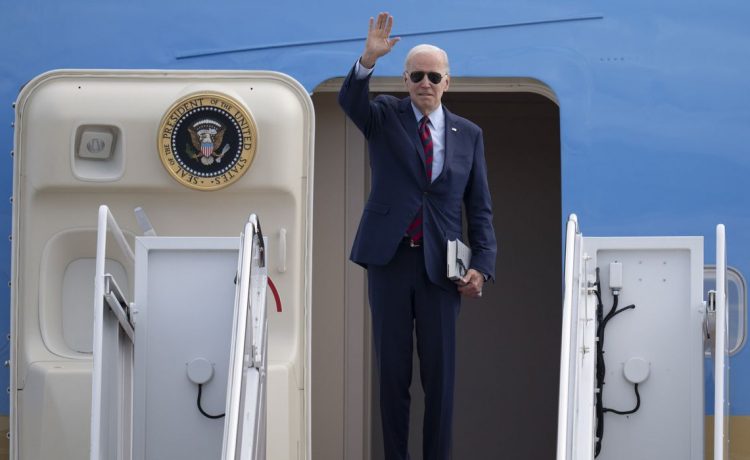 President Biden on Tuesday warned voters in the retirement mecca of Florida that a Republican-controlled Congress will imperil social security and Medicare.

The speech comes exactly one week ahead of the midterm elections and Florida Democrats are hopeful the president can motivate the base to turn out. Democrats are trailing in both the Senate and gubernatorial races in Florida.

Mr. Biden’s remarks largely echoed the Democrats’ midterm message that a Republican victory next week will threaten older voters who rely upon entitlements.

“You’ve been paying into Social Security your whole life. You earned it. Now, these guys want to take it away. Who in the hell do they think they are?” Mr. Biden said at Hallandale Beach, Florida.

The president said Republicans will push forward a slew of proposals impacting tens of millions of Americans, including ending Medicare’s ability to negotiate drug prices with manufacturers and eliminating the $2,000 a year limit on out-of-pocket drug costs.

Medicare’s negotiating authority and the cap on drug costs were signed into law in August as part of Mr. Biden’s massive climate, healthcare and tax plan. Republicans have vowed to repeal provisions of the plans if they take back Congress.

SEE ALSO: GOP forecast to gain up to 35 House seats, capture Senate for control of Congress

Mr. Biden vowed to veto any proposal that would cut or reduce portions of the plan that was titled the Inflation Reduction Act.

“I’m going to keep fighting for these programs because everyone is entitled to be treated with dignity,” he said.

Mr. Biden pointed to a proposal released in February by Sen. Rick Scott, Florida Republican, that calls for sunsetting all federal legislation within five years. Congress would then be forced to reauthorize any program lawmakers want to save. Although the proposal doesn’t specifically mention Medicare or Social Security, those programs would also be reevaluated every five years.

The plan was almost immediately rejected by Republicans. Senate Majority Leader Mitch McConnell, Kentucky Republican, said it would not be part of the agenda if Republicans control the Senate next year.

Mr. Scott pushed back on the president’s claims.

“Bideninflation is an attack on Florida’s seniors, and I’m fighting to stop Democrats from making it worse,” he wrote on Twitter.