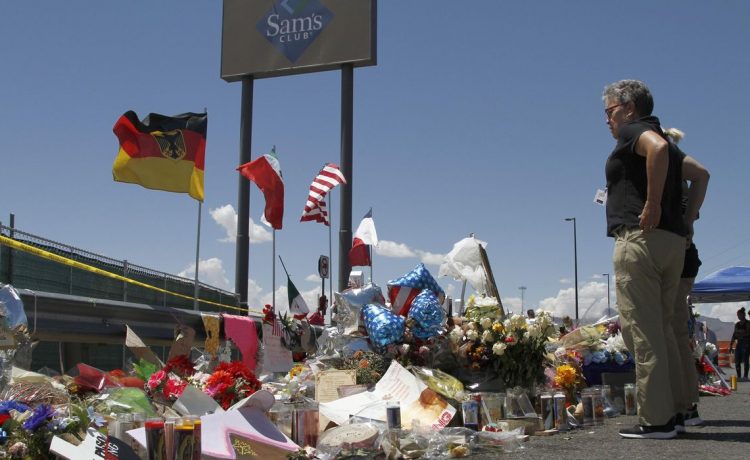 President Biden will convene a forum at the White House Thursday aimed at confronting what civil rights groups, local officials and academics say is an explosive rise in extremism and white supremacy that threatens the core of America’s democracy.

The “United We Stand” summit builds upon the administration’s push to root out the threat of racially motivated domestic violent extremists, which sparked a sweeping strategy to deal with the threat and the creation of a specialized unit within the Justice Department to combat domestic terrorism. Mr. Biden will deliver the keynote address to highlight the administration’s response to hate and “put forward a shared vision for a more united America,” officials said.

But current and former FBI agents tell The Washington Times that the perceived threat has become overblown under the administration, and say that bureau analysts and top officials are pressuring FBI agents to create domestic terrorist cases and tag people as white supremacists to meet internal metrics.

“The demand for white supremacy” coming from FBI headquarters “vastly outstrips the supply of white supremacy,” said one agent, who spoke on the condition of anonymity. “We have more people assigned to investigate white supremacists than we can actually find.”

The agent said those driving bureau policy “have already determined that white supremacy is a problem” and set agency-wide policy elevating racially motivated domestic extremism cases as a priority.

“We are sort of the lapdogs as the actual agents doing these sorts of investigations, trying to find a crime to fit otherwise First Amendment-protected activities,” he said. “If they have a Gadsden flag, and they own guns, and they are mean at school board meetings, that’s probably a domestic terrorist.”

The Gadsden flag is a historical American flag with a yellow field showing a timber rattlesnake and the words: “Don’t Tread on Me.” It is often used as a symbol of liberty.

The FBI denies targeting groups or people based on their espoused political views, and says the bureau focuses only on those “who commit or intend to commit violence and criminal activity that constitutes a federal crime or poses a threat to national security.”

“The FBI aggressively investigates threats posed by domestic violent extremists,” an FBI spokesperson said. “We do not investigate ideology and we do not investigate particular cases based on the political views of the individuals involved. The FBI will continue to pursue threats or acts of violence, regardless of the underlying motivation or socio-political goal.”

Others say the concern over the rise of extremism and white supremacist ideology is far from unfounded.

Nationwide hate crime data point to a concerning rise in racially motivated attacks in recent years, according to Brian Levin, who founded the Center for the Study of Hate and Extremism at California State University, San Bernardino and has been appointed to California’s recently formed Commission on the State of Hate.

“We have these ticking time bombs walking around like Buffalo or Mother Emanuel church,” he said, referring to mass shootings in which Blacks were targeted. “That’s something that we really have to have to address. White supremacy is absolutely something that we have to look at as not only a hate crime issue, but a national security issue.”

Furthermore, Mr. Levin said that not all of those who perpetrate hate crimes motivated by racial animus are carried out by “dyed in the wool” extremists or that “the klan is operationally directing” all white supremacy-inspired attacks.

But he said it is still important to consider the sometimes subtle biases that motivate the crimes.

The FBI agent’s claims of a crusade against an inflated white supremacist and domestic extremism threat echo complaints raised by conservative lawmakers who accuse the Biden administration of ignoring left-wing violence and leveraging fears of right-wing terrorism to target political opponents and stifle legitimate debate.

Rep. Jim Jordan, the top Republican on the House Judiciary Committee, said several whistleblowers have come forward with similar allegations that the FBI has pressured agents to open cases to fulfill the Biden administration’s crusade against home-grown terrorism.

“I think [it is] what’s ultimately driving his politics,” Mr. Jordan said. “If you own a gun, display the flag and voted for Trump, the president’s going to call you an extremist and it appears the FBI is going to use the numbers to satisfy that narrative that the president laid out.”

White House officials have billed Thursday’s summit as a stand against “the corrosive effects of hate-fueled violence on our democracy and public safety.”

Those backing the White House summit cite a series of recent mass shootings motived by racial animus, including the targeted killing in May of Black shoppers at a Buffalo, New York grocery story by a self-described white supremacist.

Mr. Biden, who has often cited the violence surrounding the 2017 white nationalist rally in Charlottesville, Virginia, as spurring his run for president in 2020, has made fighting extremism a priority for his administration.

As part of his efforts to stamp out hate crimes, Mr. Biden announced a sweeping strategy to deal with the threat of domestic terrorism. The Department of Homeland Security declared that extremists were a “national threat priority.” In January, the Justice Department launched a specialized unit to combat domestic terrorism.

Critics say Mr. Biden’s efforts have done little to unite the country, and many within the GOP warn that the country is becoming further divided under his administration.

The memo was a response to a National School Boards Association letter to Mr. Biden requesting federal assistance to stop threats from parents against public school officials. Conservatives said the move was a weaponization of the Justice Department to target average Americans for activities protected under the First Amendment.

Republican distrust of federal law enforcement has grown further amid the FBI’s raid of former President Donald Trump’s Mar-a-Lago estate in Palm Beach, Florida, last month and the recent crackdown of Trump insiders allegedly involved in the plot to overturn the 2020 election.

In a nationwide survey by the Trafalgar Group and Convention of States Action in the days after Mr. Biden’s recent speech in which he framed the midterm elections as a battle for the “soul of our nation,” 56.8% of respondents said the speech was a “dangerous escalation in rhetoric designed to incite conflict among Americans.”

Just 35% of those polled viewed the rhetoric as “acceptable campaign messaging” in an election year.

Among third-party and independent voters, 62.4% viewed the speech as dangerous, compared with 31.2% who said it was acceptable campaign rhetoric.

Nonetheless, the White House has stood by the escalation in rhetoric, which has been echoed by groups on the left pushing for the president to take action in the face of what a consortium of civil rights leaders has deemed to be “America’s most precarious moment since the Jim Crow era.”

Civil rights leaders also cite a spike in racially-motivated vandalism at places of worship; the Jan. 6, 2021 attack on the Capitol; and the ongoing push to overturn the 2020 election as evidence of a concerning rise in domestic extremism in addition to the rise nationwide spike in hate crime.

“White supremacy is the greatest threat to the well-being of our nation,” said Damon Hewitt, president and executive director of the Lawyers’ Committee for Civil Rights Under Law. “In order to dismantle it, we need a bold, coordinated response.”

“President Biden’s ‘United We Stand’ summit is a critical first step towards a Marshall Plan-style approach to galvanize the type of federal resources and civil society initiatives for which I and the Lawyers’ Committee for Civil Rights Under Law have been advocating,” he said.