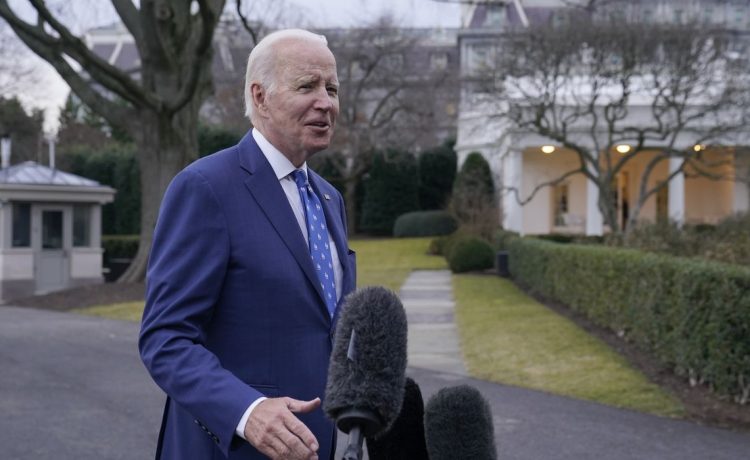 President Biden will award the Presidential Citizens Medal, one of the nation’s highest civilian honors, to 12 people for their actions leading up to and during the Jan. 6, 2021 attack on the U.S. Capitol, the White House announced Thursday.

The White House award ceremony Friday will mark the second anniversary of the protest.

The awards recognize those “who made exemplary contributions to our democracy,” including U.S. Capitol and Washington Metropolitan Police, election workers, and state and local officials, the White House said.

Several law enforcement officers will receive the award for heroism in the face of pro-Trump citizens who stormed the capitol to protest what they saw as a stolen presidential election. U.S. Capitol Police Officer Brian Sicknick died of natural causes one day after responding to the Capitol riot.

The list of U.S. Capitol Police officers also includes Eugene Goodman, who is credited with diverting rioters away from lawmakers as they evacuated; Harry Dunn, who faced racial slurs and harassment while defending the Capitol; Caroline Edwards, who was the first officer to be injured during the attack; and Aquilino Gonell, also injured during the protest.

Washington Metropolitan Police Officers Michael Fanone and Daniel Hodges, both injured while defending the tunnel entrance to the Capitol from a flood of rioters, will also receive the award.

Shay Moss and Ruby Freeman, the mother-daughter pair of election workers from Fulton County, Georgia, who have faced threats and intimidation following the election, will also receive the medal.

Friday’s ceremony will be the first time Mr. Biden awards the Citizens Medal.