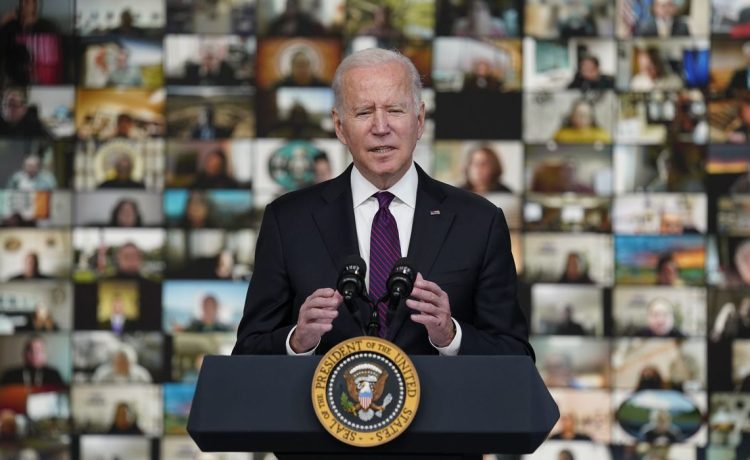 Speaking at the White House Tribal Nations Summit, Mr. Biden kicked off the two-day event with a promise to make an official presidential visit to tribal nations.

“The enduring spirit of our nation-to-nation relationship, the spirit of friendship, stewardship and respect. It’s taken us too long to recognize this is the only way to move forward, and my administration is doing all it can to demonstrate our commitment to those timeless ideals,” Mr. Biden said.

The event coincides with Native American Heritage Month, and leaders from hundreds of tribal nations were in attendance.

Mr. Biden told the crowd he intends to build on progress his administration has made to elevate Native Americans within the federal government. More than 60 American Indians have been appointed to government positions, including to federal judgeships, since Mr. Biden took office.

“Under my watch, we are ushering in a new era of advancing the way for the federal government to work with tribal nations,” he continued.

Mr. Biden unveiled a $135 million commitment to move 11 tribal communities to safer ground after storms and wildfires devastated their land. He also told the crowd he has asked Congress for $9.1 billion to fund Native American health services.

“We heard you and are implementing many of the changes you asked for,” he said.

Ahead of Mr. Biden’s remarks, the White House unveiled a series of new projects aimed at improving the relationship between the federal government and tribal nations. The programs stretch across multiple federal agencies.

The Commerce Department will partner with tribes to manage public resources like water and fisheries and the Agriculture and Interior departments have signed agreements with more than 20 tribes to participate in the program. An additional 60 tribal agreements are under review.

A new report will be released detailing how the federal agencies can integrate tribal treaty rights into their decision-making process for developing policies.

The Tribal Nations Summit wasn’t held during the Trump administration. The Biden administration held one virtually last year because of COVID-19 protocols.