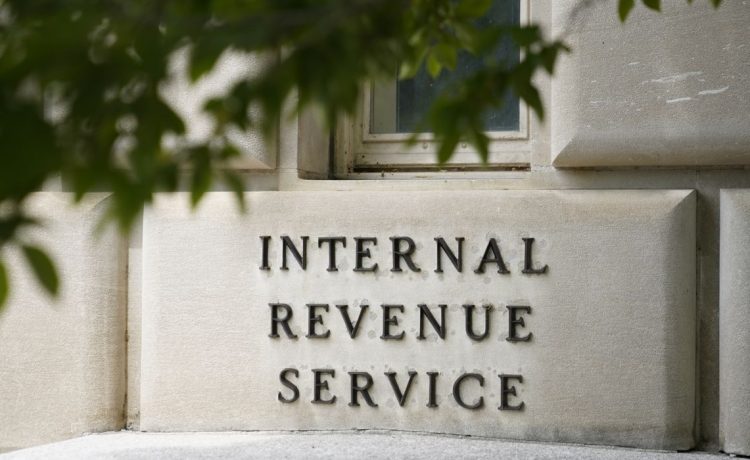 President Biden’s vision for a supercharged IRS is running into rough realities of hiring problems and difficulties in figuring out who should face more audits.

An inspector general revealed the struggles in a report this week, saying there are major headwinds to carrying out Democrats’ new law that’s pumping $80 billion into the IRS.

For one thing, the IRS has yet to dig out of a pandemic backlog of unprocessed returns. Also, a tricky job market and lack of expedited hiring authority are making it difficult to bring on new people who can clear the hurdles.

“A continued challenge the IRS faces is having to evaluate a high number of applicants in order to find successful candidates both willing to accept the job offer and also be able to pass the required background checks,” the Treasury Inspector General for Tax Administration said.

The IRS did add thousands of new customer service representatives last year, which means taxpayers should have better luck getting answers when they call this year. Last year, 85% of calls went unanswered and those that did go through waited on hold for about half an hour.

But the enforcement side is proving tougher to solve, the inspector general said.

Officials are still trying to figure out how to comply with Treasury Secretary Janet Yellen’s instructions on whom to target for audits. At least over the next year, the IRS won’t be able to expand its ranks of auditors anyway because of “employee attrition and hiring challenges,” the inspector general said.

The new report is an early look at how the IRS is carrying out the Inflation Reduction Act, Mr. Biden’s climate change-spending bill that cleared Congress last year.

The $80 billion cash infusion over 10 years was supposed to rebuild the IRS after a decade of stagnation. Between 2011 and 2020 it lost 40% of its revenue agents and 18% of its tax examiners.

Along the way, the average taxpayer’s risk of facing an audit dropped from about 1% to 0.2%.

The new money Democrats allocated was supposed to help the IRS reverse that trend, particularly when it came to audits of the wealthiest residents.

First, however, the IRS needs to dig itself out of its backlog, which totaled nearly 5 million paper returns at the start of 2022.

The agency had vowed to reduce that to pre-pandemic levels of 1.2 million returns by the end of the year, but the inspector general said it missed. As of Dec. 2, there were still more than 3.7 million unprocessed returns in the pipeline.

The IRS didn’t respond to an inquiry about the report.

“Even once they manage to make the hires, training will be a long process, and the agency will continue to deal with attrition,” he told The Washington Times. “In fact, attrition may increase, and the quality of the typical IRS auditor will probably drop since the IRS won’t be able to be as selective in hiring if it expects to almost double the size of the agency in less than nine years.”

And if the IRS does manage to grow its audit army, Mr. Preston questioned who would face more scrutiny.

Congress failed to give the IRS any guidance in last year’s climate-spending bill. Indeed, Senate Democrats rejected a GOP proposal to stop additional audits for those with incomes under $400,000.

The IRS has yet to figure out what that means in practice.

“As of December 2022, IRS officials have not yet finalized what constituted the $400,000 income level or what historic audit level will be used for its metrics. They indicated that this is still being discussed between the IRS and the Treasury Department,” the inspector general said.

A lot is riding on the decision.

Without more audits, the IRS says it can’t narrow the so-called “tax gap” — the estimate of how much the IRS is owed versus what Americans actually pay.

He doubted it would have much of an impact on the overall IRS projections for new revenue from the audits, which according to the latest numbers from the Congressional Budget Office were expected to net just $1.6 billion this year and $6.2 billion in 2024.

As long as the IRS can figure out its hiring issues by then, it can get on track.

That is unless Congress undercuts the agency.

The first bill the new GOP majority in the House passed this year would rescind all unspent IRS money from the Democrats’ new law.

Mr. Biden has vowed to veto that should it clear the Democrat-controlled Senate. But analysts expect Republicans to try to trim the IRS through other ways, such as attaching cuts to must-pass spending bills.