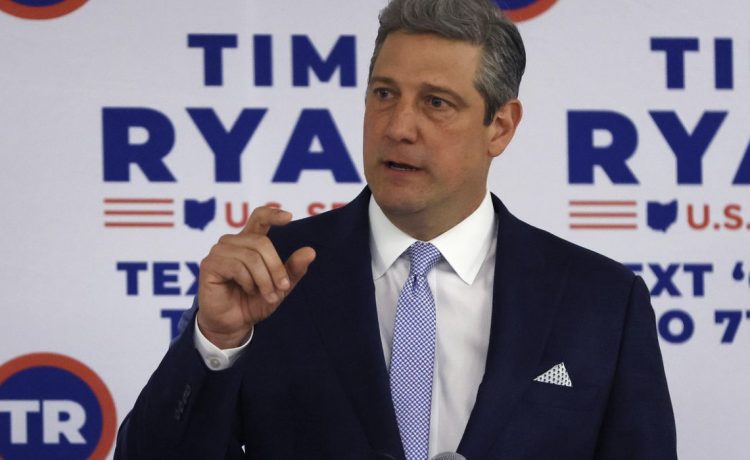 President Biden’s student loan debt forgiveness plan, aimed at generating enthusiasm among younger voters, risks having the opposite effect in states where most people don’t have a college degree and work in industries that don’t require one.

“People are very unhappy about it,” Mr. Vance told The Washington Times as he crisscrossed the state in his bid to win a first term in the U.S. Senate.

Mr. Biden’s announcement that he would wipe billions of dollars in college debt off the books landed with a thud for many in the Buckeye State, where nearly 670,000 people are employed in the manufacturing sector and fewer than 30% of residents hold a college degree.

“We are still a manufacturing state,” Mr. Vance said. “A lot of people look around and say, how is it fair that I am expected to foot the bill for people who make more money than I do? It’s just preposterous.”

The number-one non-governmental employer is Walmart, and more than two million people work in food processing, industrial machinery and other manufacturing plants.

Democratic Senate candidate John Fetterman did not respond on his own to the Biden plan, but his campaign spokesman gave a subdued endorsement, telling media outlets the federal government must also do more to lower the cost of higher education and invest in career and technical education.

“This really isn’t an either/or issue,” Joe Calvello, a Fetterman campaign spokesman, told the New York Times. “We must be helping folks who need it, with or without college degrees.”

His GOP opponent, celebrity doctor Mehmet Oz, said the debt forgiveness plan was dreamed up by “some far-left activists” and shifts the cost to “hardworking Americans.”

According to the Census Bureau, about 33% of Americans have a bachelor’s degree or higher. Massachusetts, with nearly 45%, ranks the highest among the states. Colorado ranks second with 42.6%.

In the District of Columbia, nearly 60% of residents have at least a four-year college degree.

In Nevada, where fewer than 26% of residents earned a college degree, Democrat incumbent Sen. Catherine Cortez Masto has distanced herself from the student loan debt forgiveness plan.

Ms. Cortez Masto is running in one of the nation’s most competitive midterm races against Republican Adam Laxalt in her bid for a second term. Among the Silver State’s top employment sectors are construction and the leisure and hospitality industry.

“I don’t agree with today’s executive action because it doesn’t address the root problems that make college unaffordable,” Ms. Cortez Masto said in a statement. “We should be focusing on passing my legislation to expand Pell Grants for lower-income students, target loan forgiveness to those in need, and actually make college more affordable for working families.”

The popularity of the debt forgiveness plan could face the toughest test in Ohio, where the working-class electorate has become more Republican in recent years and the battle for an open U.S. Senate seat is within a few points, according to polls.

“While there’s no doubt that a college education should be about opening opportunities, waiving debt for those already on a trajectory to financial security sends the wrong message to the millions of Ohioans without a degree working just as hard to make ends meet,” Mr. Ryan said in a statement.

A Morning Consult/Politico poll released Aug. 31 found that 67% of Republicans and 19% of Democrats opposed it. Among key independent voters, 47% said they do not support the plan, compared to 42% who approved of Mr. Biden’s action.

Berwood Yost, director of the Center for Opinion Research at Franklin and Marshall College in Pennsylvania, said he thinks Mr. Biden’s move to cancel debt was aimed squarely at generating enthusiasm and higher voter turnout among disillusioned Democrats, even though the president probably knew it would be rejected by Republicans and would split the independent vote.

“Part of the reason that Biden’s job approval ratings went down was not just because Republicans didn’t like him and many independents are going against him, but also that Democrats are dissatisfied with his performance. So I think this is squarely aimed at that.”