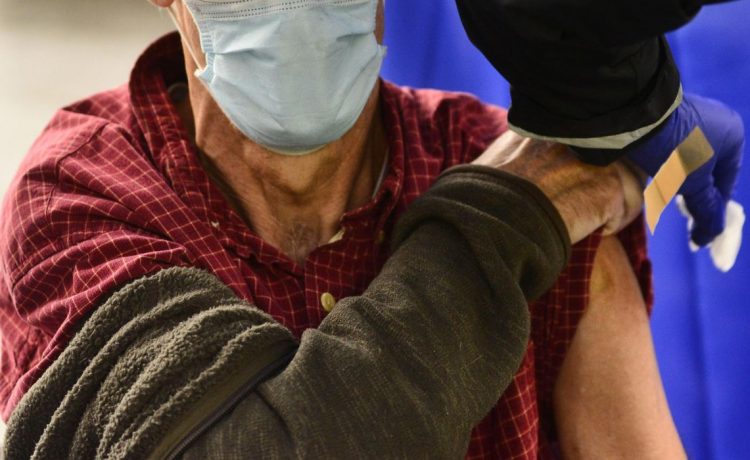 Scientists say Americans should brace for a potentially dire flu season as the pathogen begins to show up early in the season and society drops masks and mingles after two years of COVID-19 precaution.

Parts of the Southern Hemisphere saw a busy flu season after two relatively dormant years, as people hunkered down and covered their faces because of COVID-19. The pathogen hit Australia earlier than usual and produced plenty of cases in children who were not exposed to flu during the last season.

Flu season in the U.S. and Northern Hemisphere tends to begin smoldering in late October before taking off around Christmas, though surveillance teams are already detecting a trickle of cases.

Public health officials are wringing their hands over what lies in store for two reasons. First, people are more comfortable gathering maskless in groups as COVID-19 is viewed as a manageable plight, which could allow the flu to spread more easily.

Second, with fewer flu exposures during the COVID-19 period, people haven’t been able to pick up the type of immunity that might last long enough to protect them this season.

“I’m mostly concerned because people haven’t been together in the workplace and other gatherings for years, so there is some immunologic vulnerability,” said Peter Hotez, an infectious diseases expert at the Baylor College of Medicine.

Children who haven’t had much exposure to flu in recent years, because of COVID-19 measures were particularly vulnerable to the pathogen in Australia and accounted for the biggest reporting rates.

Across all ages, Australia’s latest data release shows it reported over 220,000 cases of flu this season and nearly 300 deaths.

“Australia and some other countries in the Southern Hemisphere saw a very early influenza season and very high numbers of cases. The season ended up being as long as expected — six-eight weeks in total — but there were a larger number of cases in people that were younger than 18 years of age,” said Andy Pekosz, a professor at Johns Hopkins Bloomberg School of Public Health who studies respiratory viruses. “While vaccines provide some protection against influenza, it’s also clear that people infected with influenza have immunity and this immunity also keeps case numbers down.”

Disease trackers at Vanderbilt University in Tennessee typically begin routine surveillance of the flu in October but they picked up five cases during a single week this month.

“During the summer and into September we only hear of scattered cases, so this is an unusual blip,” said William Schaffner, an infectious diseases specialist at Vanderbilt.

Scientists and colleges contacted by The Washington Times said there haven’t been any major outbreaks reported so far, but it is only mid-September.

The situation poses the risk of a so-called “twindemic” of flu and surging COVID-19 over the holidays and winter.

President Biden told CBS’s “60 Minutes” on Sunday he thinks the pandemic phase of COVID-19 is over but the virus remains a challenge.

The administration is urging Americans to get both a flu shot and a reformulated COVID-19 booster shot from Moderna or Pfizer-BioNTech, which targets the dominant variants, in the coming weeks.

“I really believe this is why God gave us two arms — one for the flu shot and the other one for the COVID shot,” White House COVID-19 Coordinator Ashish Jha said this month.

Scientists are hopeful the flu shot, meanwhile, will be well-matched to circulating strains, including the influenza-A H3N2 type that was dominant last year and may return.

Some people might wait to get their COVID-19 booster until later in the year because scientists recommend a three-month pause after a natural infection. The virus infected many people over the summer, including Mr. Biden, First lady Jill Biden and Dr. Anthony Fauci of the National Institutes of Health.

“Flu shots are optimally given so as to provide protection for the duration of the flu season which traditionally peaks in February,” said Amesh Adalja, a senior scholar at the Johns Hopkins Center for Health Security. “I recommend getting flu shots around late October however if someone can only get it earlier, that is when they should get it.”