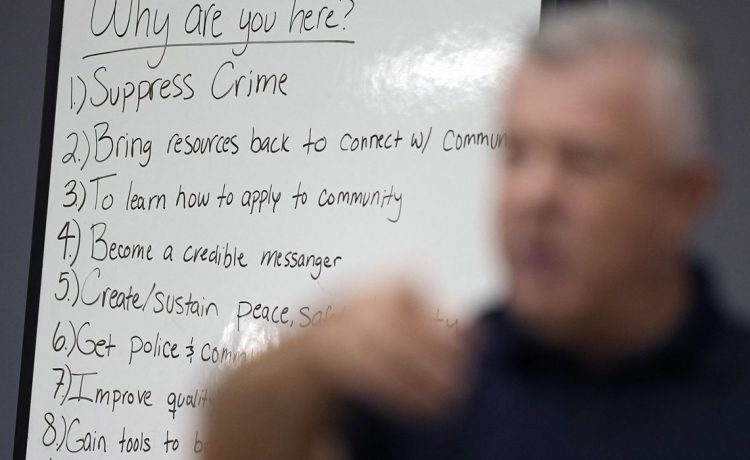 Those searching for reasons why Democrats’ summertime abortion electoral surge has fizzled out need only look at the latest polling by Democracy Corps’ Stan Greenberg.

The veteran pollster asked voters what they feared most about a Congress controlled by Democrats, versus one led by Republicans, then stacked them up against each other. The biggest worry about the GOP was a national abortion ban, with about a third picking that — but the biggest fear about Democratic control was runaway crime and rampant homelessness, with 56% citing that.

Crime has become the tipping-point issue, joining inflation in a one-two punch that prognosticators say appears ready to deliver significant gains to Republicans in House, Senate and governor’s races nationwide.

Jim McLaughlin, a GOP pollster and president of McLaughlin & Associates, said it’s not just that Democrats haven’t offered solutions for those issues — it’s that they’re gaslighting voters into disbelieving they are issues at all.

As the 2022 elections glide to a finish, analysts say the playing field, which appeared to even out this summer, has tilted back to Republicans.

That’s despite what those analysts say is generally a bad field of GOP candidates who face headwinds from former President Donald Trump’s continued presence on the electoral stage.

The problem for Democrats is that Democrats’ headwinds are worse.

More than two-thirds of Americans say the country is on the wrong track, according to Real Clear Politics’ average of polls — a disastrous number when one party controls the White House and both chambers of Congress.

John Zogby, a pollster with decades of experience, said at the start of the year the election looked like a battle over the economy and the continuing fallout from the 2020 election and the Jan. 6 mob assault on the U.S. Capitol. Crime was percolating, but more as a racial justice issue.

“Then inflation hit and became not only the central economic issue, but the central issue, because it affects everybody,” he said. “What happens in big elections like this is that one big umbrella issue becomes the central focus for why we’re going to hell in a handbasket.”

He said Democrats did seem to get a reprieve in June with the Supreme Court decision overturning the Roe v. Wade abortion precedent. That helped reverse GOP gains among younger suburban women. By the fall, those gains had begun to slip away as pocketbook issues regained prominence.

President Biden has battled fiercely to try to change the playing field, casting the election as critical to the fate of democracy, or to efforts to battle climate change.

But those messages haven’t gained traction.

Gallup’s October pre-election polling found a staggering 85% of voters ranked the economy as very or extremely important to their vote. Crime came in second at 71%, gun policy was next at 67% and abortion was fourth at 66%. Immigration and relations with Russia were just behind, and climate change lagged far in the rear at 45%.

In the Economist/YouGov’s latest survey, released last week, inflation and prices topped the list of the single most important issue at 26%, or more than double the runner-up, health care. In the latest Politico/Morning Consult survey, 43% placed “economic issues” among their top voting issues, or more than three times the runner-up of “women’s issues” like abortion.

Peering deeper into the numbers, independent voters, who usually split the difference between Democrats and the GOP on issues polling, look more like Republicans on the big questions this year.

On abortion, while 59% of Democrats in the YouGov survey said it was “very important,” just 43% of independents saw it that way — close to the 40% of Republicans.

And just 52% of Democrats called inflation and prices “very important,” compared with 73% of independents and 82% of Republicans.

One problem for Democrats is that the GOP’s issues are universal.

Fear of crime is rampant. Even though Americans generally report they feel safe in their own neighborhoods, they worry it’s happening elsewhere.

And anyone who shops, or pays to fuel a vehicle, sees the pain of inflation.

Mr. McLaughlin said when they survey on the rate of inflation, Americans answer with a significantly higher number than the official data indicates. And that’s particularly bad news for Mr. Biden.

“They intuitively understand it was his spending, his tax increases, his regulations, his attacks on the energy industry — that’s what’s causing this economy to collapse,” the pollster said. “On the issues voters care about most, the Republicans have the advantage.”

There’s some question this year about how much voters are paying attention to specific issues, as opposed to a more visceral reaction. Democrats complain that as angry as voters appear to be at Mr. Biden, the GOP isn’t offering solutions beyond stopping what the president is doing.

Mr. Zogby said the partisan sides in this election were drawn well before voters began to pore over the challenges facing the country.

He pointed to Herschel Walker, the GOP nominee for Senate in Georgia, who has been accused of paying for an abortion for his girlfriend, yet has seen little dent in his support.

In that sort of environment, he said, “issues drive the passion,” but they don’t swing the races more than a couple of points.

In those races, victory depends less on winning the issues and more on turning out core supporters.

And on that count, some Democratic analysts say they remain hopeful their party can defy predictions and perform well on Tuesday.

Mike Lux, co-founder of Democracy Partners, a Democratic consultancy, has been blasting out missives to reporters telling them early voting among Democrats is up compared to the last midterm election in 2018.

“Republicans are turning out in big numbers, but that was also true in 2018 and 2020, and Democrats still won,” he wrote. “Democrats tend to do well in high turnout elections: the most dramatic bumps in voting in recent history were 2008, 2018, and 2020 — three Democratic wins. There are simply more Democratic voters than Republican voters and when everyone votes in big numbers, we are likely to win.”

He also dismissed the fact that Democrats are pumping money into seats in what used to be reliably blue areas, saying they’re combatting spending by GOP outfits backed by wealthy donors who are trying to make Democrats play defense.

“It’s a smart strategy, but evidence of nothing except their enormous amounts of billionaire cash,” he wrote.