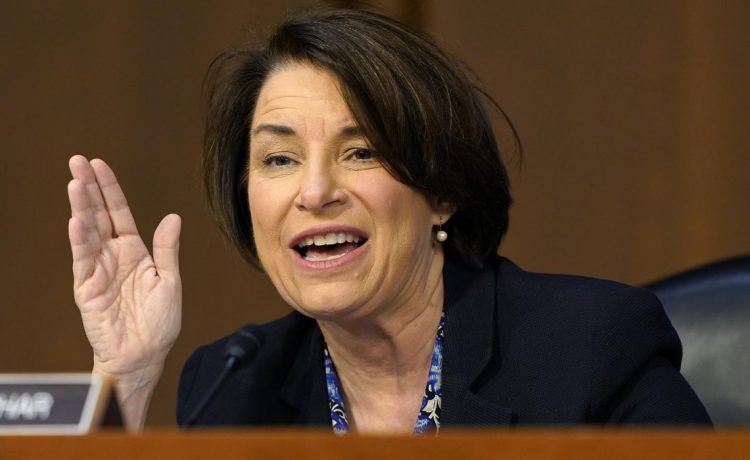 Big Tech’s most ardent critics have gained some momentum in pursuit of an antitrust overhaul to curb the power of companies such as Amazon and Google that have become integral to the everyday lives of millions of Americans.

The view that the tech giants are monopolies has united Big Tech’s bipartisan detractors who think Congress has an uncommon moment to deal a lasting blow, and the most viable currently in the pipeline is the American Innovation and Choice Online Act.

The bill’s supporters say it would make measured and necessary changes to antitrust laws to combat Big Tech. The tech companies and their allies in Congress warn that it would destroy the products that Americans rely on and love.

The legislation takes direct aim at Amazon, Apple, Google, and Facebook, which now operates as Meta, by seeking to prevent them from preferencing their products on their own platforms to the detriment of competitors.

Under the legislation, online platforms with more than 50 million monthly active users or 100,000 U.S.-based monthly active users would be blocked from putting their products and services ahead of a different business if it materially harms competition. Antitrust enforcers from the Federal Trade Commission, Justice Department, and the states would have the authority to enforce the law.

Sen. Amy Klobuchar, Minnesota Democrat, has shepherded the bill alongside Sen. Chuck Grassley, Iowa Republican. They revised the legislation in June in hopes of summer passage.

Ms. Klobuchar said the bill is not designed to break up the companies or ban mergers.

“All they have to do is treat people fairly,” Ms. Klobuchar said Tuesday on the Senate floor. “The way our bill works, [if] they do that, they stay out of trouble. They don’t do it, Justice Department, FTC, state AGs can look at doing something about it.”

Ms. Klobuchar singled out Amazon as behaving unfairly for showcasing its products in its search results on its site over its competitors’ products.

Amazon came out swinging against the legislation earlier this summer. Amazon vice president Brian Huseman wrote that the bill would jeopardize his company’s ability to keep prices down and offer a wide selection of products.

“Sen. Klobuchar’s vaguely worded bill would mandate that Amazon allow other logistics providers to fulfill Prime orders,” he wrote on Amazon’s website. “Such a mandate would make it difficult, and potentially impossible in practice, for Amazon and our selling partners to offer products with Prime’s free two-day shipping (let alone one-day).”

The chance that Congress votes on major antitrust legislation aimed at tech before the August recess, however, was jeopardized by Democratic leadership prioritizing other business and lingering questions about the antitrust bill’s level of support in the Senate.

Mr. Buck pushed for votes on the bill in June. Ms. Klobuchar called for votes before August. Mr. Grassley signaled this month that he is open to waiting into the fall if necessary in comments made to the New York Post. Ms. Klobuchar’s office did not answer whether her anticipated timeline for the legislation has shifted toward Autumn and pointed to her push for a vote to occur now.

Senate Majority Leader Charles E. Schumer, New York Democrat, told Punchbowl News in July he supports the legislation but he intended to wait and see if it had the 60 votes necessary for it to survive in the upper chamber. As of yet, the legislation does not appear to have that many votes.

Some Republicans have also cast doubt upon the legislation, including Sen. Mike Lee of Utah who questioned the bill’s wisdom as it advanced through the judiciary committee in January.

A coalition of conservative advocacy groups led by the Internet Accountability Project urged the Senate in July to pass the bill immediately.

“Big tech companies have effectively amassed enough power to transcend marketplace consequences,” the coalition said in a letter to senators. “Never before in our country’s modern history have so few people wielded such immense power over the dissemination of information, or had the ability to silence their political or ideological opponents.”

The bill is also caught up in powerplays by rival tech companies.

For example, Yelp general counsel Aaron Schur wrote in support of passing the bill in a University of Chicago publication in July. Yelp, the crowd-sourced business review site, is a competitor of Google and a witness in the Justice Department’s antitrust case against Google.

If the U.S. government does not break up big tech, its Chinese competition may deliver a deadly blow, particularly via the popular video-based platform TikTok.

Meta, Facebook’s parent, also fell out of the top ten capitalized companies in the S&P 500 before July’s end, according to CNBC.

Tiktok surpassed Facebook and Instagram in people’s time spent scrolling their platforms back in 2020, according to market research company Insider Intelligence. Facebook has recently made plans to shutter or reevaluate several products, including its newsletter service Bulletin and how it pays news publishers via Facebook News.

While Facebook is shifting resources toward products catering to TikTok’s creative audience and facing the prospect of a congressional crackdown, its shift from social media toward a virtual reality ‘metaverse’ business may not escape the government’s wrath either.

The FTC said in July it wants to block Meta from acquiring a popular virtual reality dedicated fitness app because Meta has a “virtual reality empire.”