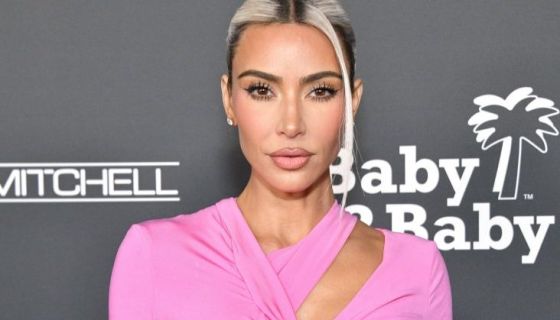 Kim Kardashian made her way to Harvard Business School Friday to give a guest lecture to students about her shapewear company SKIMS. 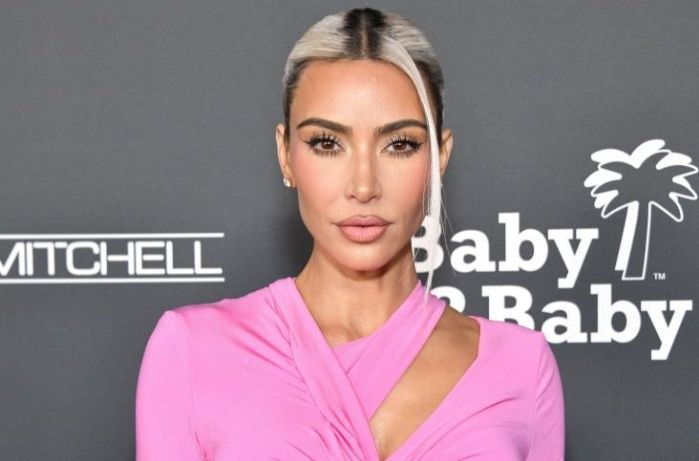 The Kardashian star took her followers along for the ride and posted several pictures and videos to her Instagram story and page for a behind the scenes look. She stepped on campus in a wide-leg, black pin-striped suit and long, black leather coat.

“I spoke At Harvard Business School yesterday for a class called HBS Moving Beyond DTC. The class’s assignment was to learn about @skims, so my partner Jens and I spoke about our marketing, our challenges and our greatest wins,” the reality TV star wrote in the caption of the post, adding, “I’m so proud of Skims and the thought that it is a course being studied at Harvard is just crazy!!! Thank you professor Len Schlesinger and @harvardhbs for having us. #BucketListDream.”

Kimberly spoke for about an hour and 45 minutes as part of a “Moving Beyond Direct-to-Consumer” seminar, according to NBC News. A student by the name Liz, told the news outlet that she learned a lot from the ‘Kardashian’ star during her visit.

“Just to learn from someone who has built such a successful business was really exciting and I think having the privacy of no cameras in the room, being able to have that candid conversation was special too. I think a lot of people don’t respect her as someone who is co-running a multi-billion dollar company.” Liz said.

Another student was in awe of her beauty and kindness towards them.

“She really looked just like she did on TV. She was stunning, and it was exactly how she’s pictured. That’s exactly what she looks like,” the source added. “When she was leaving, she waved at us and said hi as she was walking out.”

Accompanying Kim on the trip was SKIMS co-founder Jens Grede. For those who are interested in how the trip went they’ll be able to get an idea later this year on the ‘Kardashians’, which streams on Hulu, according to People magazine.

Harvard Business school wasn’t the only stop Kim made while in Boston. Before arriving to the school she drove by and snapped a photo of The Embrace on Boston Common. The new memorial has gained a lot of attention, some good and some bad. The memorial commemorates the work of Dr. Martin Luther King Jr. and Coretta Scott King.

This isn’t Kim’s first time on Harvard’s campus. Back in 2013 she accompanied then-fiancé Kanye West, her now-ex-husband, as he gave a lecture at the Harvard Graduate School of Design as a part of the “DONDA Design Lecture Series.”

It’s likely that Kim will be back in Boston as she also launched Skyy Parnters, a Boston-based private equity firm sometime last year.

Unfortunately, Kim’s success at Harvard is getting overlooked by her recent purchase that has Twitter making memes of the Kardashian star. It was recently revealed that Kim purchased Princess Diana’s amethyst and diamond Attallah Cross $197,453.