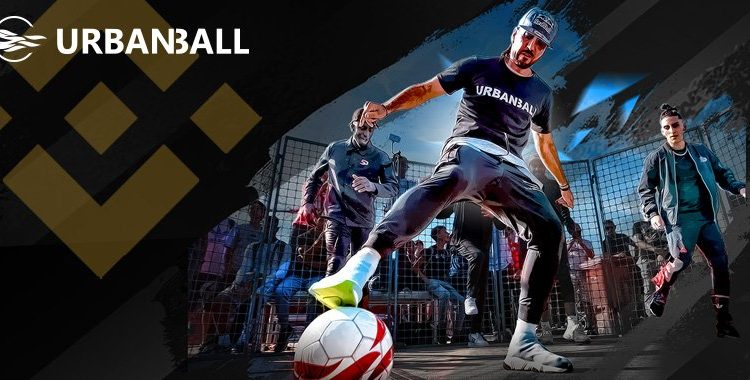 Beneath the immaculate veneer of traditional football (soccer) lies a gritty underground of high-stakes 1v1 tournaments, featuring battle-hardened athletes of the highest calibre, as they compete in a series of winner takes all ‘Fightball’ contests. The fun begins, as the finest players in each participating country battle it out to an eventual singular winner, before these home-grown heroes compete at the topmost level in a grand Fightball world championship.

All of this splendid endeavour forms a small part of a wider ecosystem. One where players get the recognition and financial compensation they deserve, and where fans can purchase and wear a range of stylish merchandise, and of course compete in virtual fashion in a grand play-to-earn arena, all powered by the incredible facet of NFTs. Welcome then, to Urbanball, and all of the exciting opportunities it presents.

The Buzz Reaches Fever Pitch with a Second Dose of NFTs

Following a hugely successful sell out of its initial NFTs, Urbanball has returned for its second outing. This time around, immortalizing the legends of the Belgian Street footballing scene. As such, 10k brand-new Urbanball cards will hit the blockchain featuring utility value for the upcoming play-to-earn gaming experience slated to arrive in December.

This latest collection will arrive via the Binance NFT platform at 11am UTC on June 24 for a discounted price of $25. Coming in as a blind drop of 10k packs, each containing either a character card featuring one of Belgium’s greatest players, or a skill card representing footballing talents for gamers to enhance player performance. Both of which, are required in order to try your chances in the Urbanball arena.

Furthermore, those lucky enough to find one of the exceptional rare cards in the collection will receive incredible extra rewards. For example, the holder of the Sean Garnier Flame Edition NFT from the previous drop received an all-expenses trip to Qatar to meet football legend, Neymar!

More NFT Goodness in the Pipeline

This is not the end of the grand scheme of NFT goodness however. The Urbanball and Binance NFT partnership will see each country receive its own collection. Therefore, arriving in an amazing drop each month, culminating on the launch of the official game in December.

The exciting world of Urbanball forms a huge interconnected footballing landscape. Headed up by a fantastic collaboration between 2x Freestyle world champion and social media superstar, Sean Garnier, fan engagement platform EX Sports, Binance NFT, and Emarr Entertainment. All with the honourable goal of increasing the exposure of its sporting stars, while additionally allowing them further earning possibilities.

Through the Urbanball ecosystem, fans can engage in a number of ways. Foremostly, following the incredible real-life tournaments and supporting their favourite players as they progress from the group (country) stages all the way to the grand finals in Dubai.

Furthermore, users can show their additional support through a grand range of physical merchandise, including stylish footballs, and a fine line in sporting apparel and holdalls, while also reliving their favourite moments through the amazing play-to-earn gaming experience arriving later in the year.