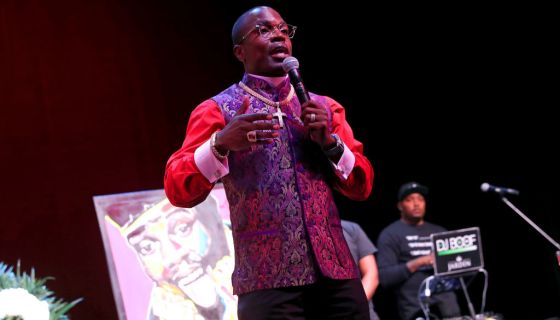 Bishop Lamar Whitehead has been a name on a lot of lips this week since the video of him being robbed at gunpoint during his worship service went viral. 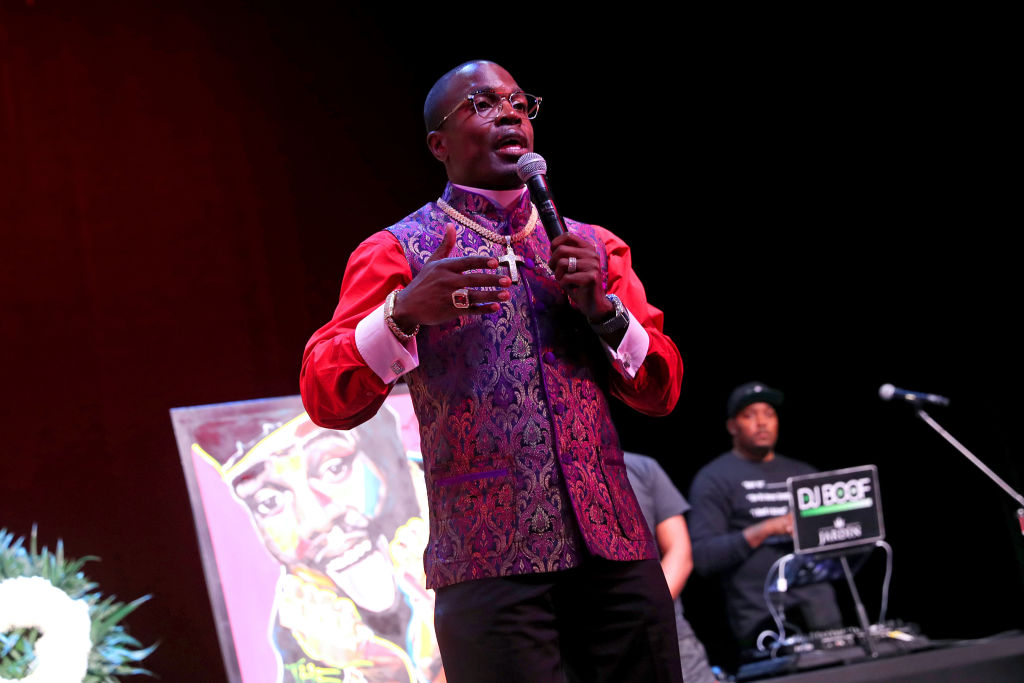 Other videos of the Pastor’s lifestyle have surfaced and people are no longer wondering how Whitehead became a target. The draped-up and dripped-out deliverer of God’s word is regularly seen riding around Brooklyn in luxury vehicles, dawning designer duds, and sporting ungodly amounts of diamond jewelry, although he’s denied that his love for flash made him easy prey.

However, as more information about the Rolls-Royce riding man-of-God comes forward, concerns are beginning to arise about the preacher’s means of income and rise to riches. Allegations that the showy sermonizer scammed an elderly parishioner out of $90,000 surfaced this week and the details are enough to make a saint swear.

The City reports that in a Brooklyn Supreme Court lawsuit, 56-year-old Pauline Anderson is accusing the gaudy gospeller of convincing her to liquidate her life savings and extend him a $90,000 “investment” so that the pastor could renovate a home for her. Pauline alleged that she was introduced to the church pastor through her son in 2020 and due to her poor credit, was unable to secure a mortgage on a home. That’s when Whitehead allegedly stepped in to “help” and allegedly promised to pay Anderson, who depended on the savings for survival, a $100 a month allowance.

The sketchy deal turned sinister when Bishop only made one, $100 payment to Ms. Anderson in January 2021, alleges the lawsuit. When asked about the money, Whitehead allegedly told her it was tied up in his election campaign for Brooklyn borough President.

“Mr. Whitehead fraudulently induced Ms. Anderson to liquidate her entire life savings to pay him the ‘investment’ of $90,000.00, promising to use the funds to purchase and renovate a house for her,” alleges the lawsuit, per The City.

“Ms. Anderson was instead left with nothing but a vague promise by Mr. Whitehead to pay the funds back in the future followed by an assertion that he had no further obligation to do so.”

Instead of helping Anderson find a home as promised, he instead used the funds on a down payment for a $4.4 million home for HIMSELF, alleges the lawsuit. The contract on that home ultimately fell through but not before the Bishop allegedly accidentally made Anderson’s son privy to the purchase by way of a misdirected email.

Bishop Whitehead who served prison time for identity theft and grand larceny purchased a 4.5 million dollar apartment complex and told that he was investing the cash in his company and really wasn’t obligated to pay it back, alleges the lawsuit. Pauline claims that although she was uncomfortable handing over her hard-earned monies to the slippery sermon slinger, she trusted him because he was a “man of the cloth.”

Ultimately, Pauline alleges the Pastor used his perceived position with the Lord to scheme, defraud and do crimes. She is suing him for $1 million in damages for losing all her money for his “morally reprehensible acts.”

After news broke about the lawsuit, Whitehead defended himself to The New York Daily News;

“Her son was a member of my ministry who was removed because he was unintegral. It’s a lawsuit because of who I am,” said the clergyman, adding: “Everybody that tried to sue me because of my celebrity status is just gonna keep going in trying to do what they do.”

In an interesting turn of events, reporter George Joseph who helped break the story on The City, has released text messages submitted as evidence in the lawsuit. The texts that are allegedly between the Bishop, Anderson and Anderson’s son Rasheed include threats of retribution by God.

The ex-con turned preacher doesn’t seem to have much of a moral compass as he was just on Instagram live arguing, fat shaming, and using a homophobic slur.

Some people believe that Whitehead’s “robbery” was an elaborate insurance scam while others believe this is just God’s way of making things right. Hopefully, the Bishop can resolve things with the church parishioner, if not he might want to lay low on all the stunts and shows.

Whitehead recently held a press conference to address his recent robbery and said he was a “helpless shepherd on the floor” during the incident.