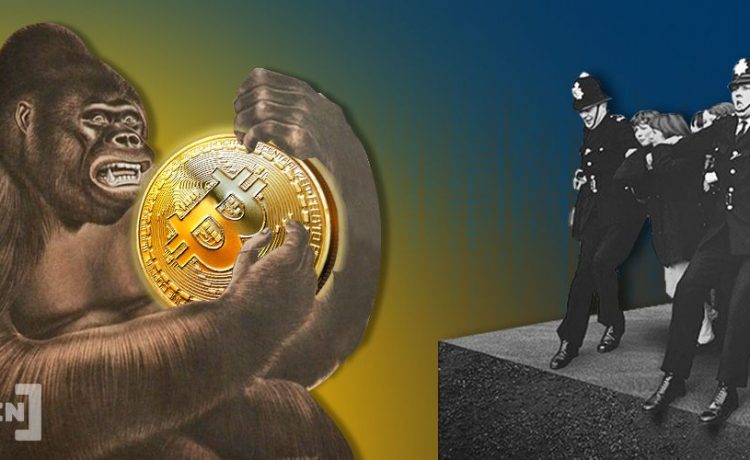 However, it negated almost the entirety of the drop the next day by creating a bearish engulfing candlestick and falling towards its low on Wednesday.

Also, while the RSI is extremely oversold, it has not generated any sort of bullish divergence.

So, the daily time frame does not provide any definitive signs for a bullish reversal.

The six-hour chart provides a slightly more bullish outlook. The two main reasons for this are the creation of a double bottom pattern and the movement of the RSI.

The RSI has already broken out from a descending trendline and generated bullish divergence afterwards. Additionally, it is currently moving above the 30 line, getting out from its oversold territory.

The short-term wave count shows that it is possible that BTC has completed a five-wave downward movement (black). The decrease began in the end of April.

The current low has been made at a confluence of Fib levels between $21,850 and $22,650. These are given by the 1.61 external Fib retracement of wave four (black) and the length of wave one (white).

So, it is possible that a bottom is very close or has already has been made.