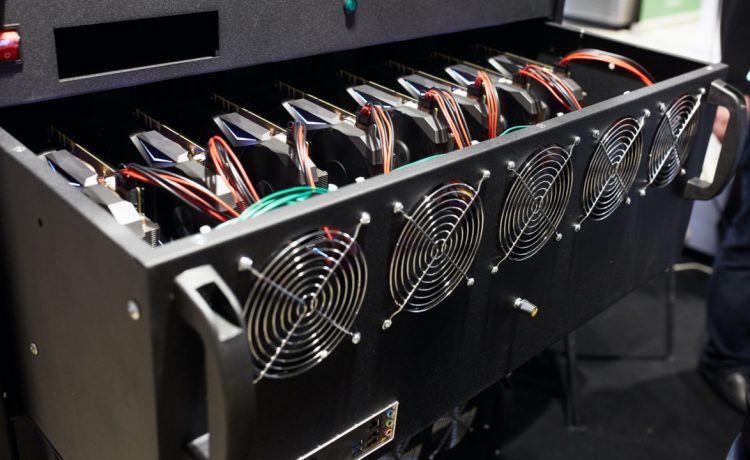 Bitcoin miners may catch another break this week as the network’s mining difficulty is estimated to see a reduction tomorrow. Every two weeks Bitcoin’s difficulty adjustment algorithm (DAA) changes, and during the last DAA change, the difficulty dipped by 4.33%. Currently, at 235 exahash per second (EH/s), the network is expected to see a DAA reduction of 0.51% from today’s metric.

On June 7, 2022, there’s one more day until the next DAA change and it’s expected to drop lower when the shift commences. The DAA changes every 2,016 blocks or roughly every two weeks, and after block height 735,840, it was the highest difficulty rating ever recorded at 31.35 trillion. Essentially, if blocks are mined quicker than expected, the DAA increases and if the blocks mined were slower during the two-week period, the difficulty decreases. After the all-time high (ATH) at 31.35 trillion, the last DAA shift at block height 737,856 dropped by 4.33%, bringing the current difficulty parameter down to 29.90 trillion.

When the difficulty drops, it is a lot easier to find bitcoin block rewards, and when the DAA metric increases, it is a lot harder for bitcoin miners to find BTC block rewards. The DAA retarget is more than 160 blocks away and is expected to change tomorrow, June 8, 2022.

If the expected 0.51% drop comes to fruition, the difficulty will be 29.75 trillion for two weeks following the DAA change. Bitcoin’s hashrate has been running at a fast pace after reaching an ATH of 275 EH/s on May 2, but since then it has not run higher than the lifetime record. In fact, as the price slipped lower toward the end of May, the hashrate had temporarily dipped under the 200 EH/s zone. There are 14 known pools dedicating hashrate to the BTC chain and 0.45% of the global hashrate or 946.74 petahash per second (PH/s) belongs to unknown or stealth miners. Profits have dropped a great deal, as the most powerful ASIC mining device, Bitmain’s Antminer S19 Pro+ Hyd. with 198 terahash per second (TH/s), gets an estimated $9.80 per day.

That figure includes paying $0.12 per kilowatt-hour (kWh) and the current difficulty at 29.90 trillion. The Microbt Whatsminer M50S with 126 TH/s and electrical costs at $0.12 per kWh, can make an estimated $6.78 per day in BTC profits. Many of the ASIC mining devices manufactured before 2021 are making $5 or less per day in profits, at current BTC exchange rates.

Tags in this story

What do you think about the current state of bitcoin mining and the upcoming difficulty adjustment algorithm change expected this week? Let us know what you think about this subject in the comments section below.

Jamie Redman is the News Lead at Bitcoin.com News and a financial tech journalist living in Florida. Redman has been an active member of the cryptocurrency community since 2011. He has a passion for Bitcoin, open-source code, and decentralized applications. Since September 2015, Redman has written more than 5,000 articles for Bitcoin.com News about the disruptive protocols emerging today.

Disclaimer: This article is for informational purposes only. It is not a direct offer or solicitation of an offer to buy or sell, or a recommendation or endorsement of any products, services, or companies. Bitcoin.com does not provide investment, tax, legal, or accounting advice. Neither the company nor the author is responsible, directly or indirectly, for any damage or loss caused or alleged to be caused by or in connection with the use of or reliance on any content, goods or services mentioned in this article.

In Case You Missed It