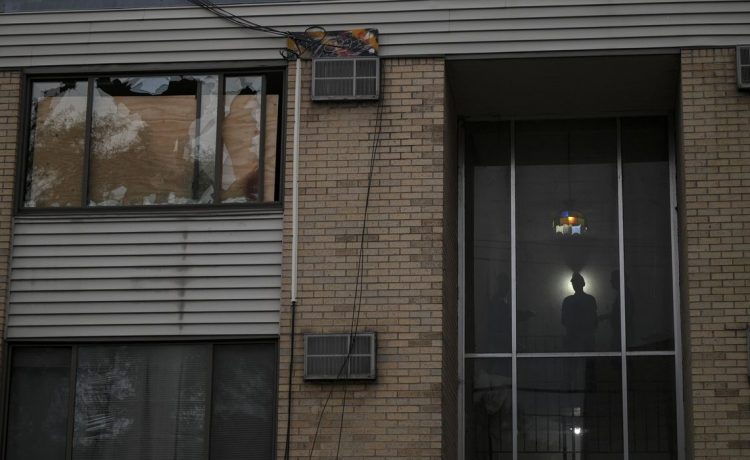 A Minneapolis mother targeted by a gunman who was later killed by police after a standoff confronted Black Lives Matter protesters over the weekend gathered in protest of the killing.

In a video posted to Twitter, Ms. Foss-Yarbrough was seen confronting Black Lives Matter protesters who were gathered outside the apartment building Saturday calling for the release of the bodycam footage of the encounter with Mr. Sundberg.

Mr. Sundberg’s parents, who have said their son was experiencing a mental crisis when the shooting occurred, were also in the crowd of protesters.

“My kids have to deal with this and probably have a mental illness now because they almost lost their lives. There’s bullet holes in my kitchen because he sat in the f——— hallway and watched me move,” Ms. Foss-Yarbrough said. “I have Black children, I am a woman of color.”

Mr. Sundberg’s mother, Cindy Sundberg, said she sympathized with Ms. Foss-Yarbrough but told CBS Minnesota that her son “did not deserve to be picked off like an animal from a rooftop.”

“I wish I could wrap my arms around her and tell her I’m so sorry,” Mrs. Sundberg said. “I’m so sorry she had to experience that.”