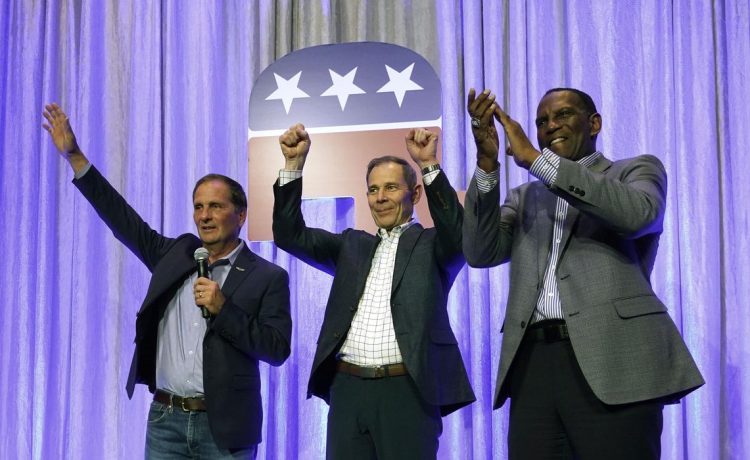 At least five Black Republican lawmakers will serve concurrently in Congress next year, a number the GOP has not seen since the early 1870s.

Sen. Tim Scott of South Carolina, Reps. Burgess Owens of Utah, Byron Donalds of Florida,  Reps.-elect John James of Michigan and Wesley Hunt of Texas will serve in the 118th Congress together.

Although the number is small compared to Black Democrats who had 55 Black members from congressional districts and two delegates from the District of Columbia and the U.S. Virgin Islands in the 117th Congress, it is still a watermark that could potentially increase in the near future.

The first five Black members of Congress, all Republicans, were sworn into the 42nd Congress in 1871. Their ranks increased to seven by 1873. That remained until the beginning of the 45th Congress in 1877, when the number of Black Republicans decreased to just three lawmakers.

That number continued to dwindle following the end of Reconstruction in the South. Between 1901 to 1929, no Black GOP lawmakers served in Congress.

After Rep. Oscar Stanton DePriest of Illinois left office in 1935, Congress had no Black Republicans until Rep. Gary Franks of Connecticut took the oath of office in 1991.

The number of Black Democrats in Congress grew steadily every decade since 1935, starting with Rep. Arthur Mitchell of Illinois.

Back in March, the National Republican Congressional Committee, this year, counted 81 Black candidates running as Republicans in 72 congressional districts, up from 27 in the 2020 election cycle.

The NRCC called the number at the time “a record in the modern era” for the party.