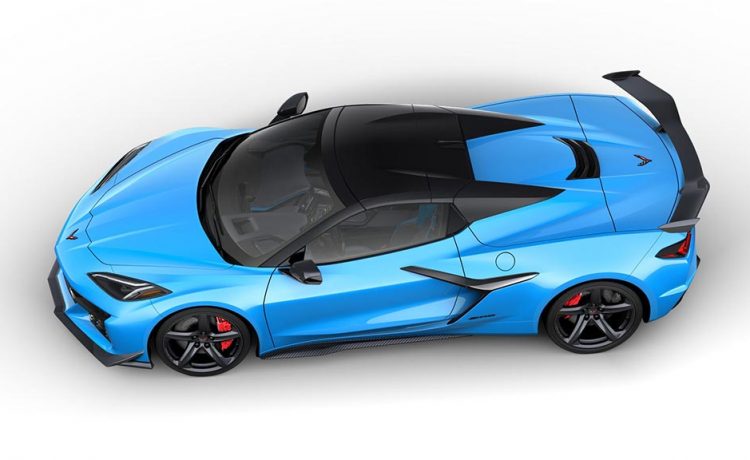 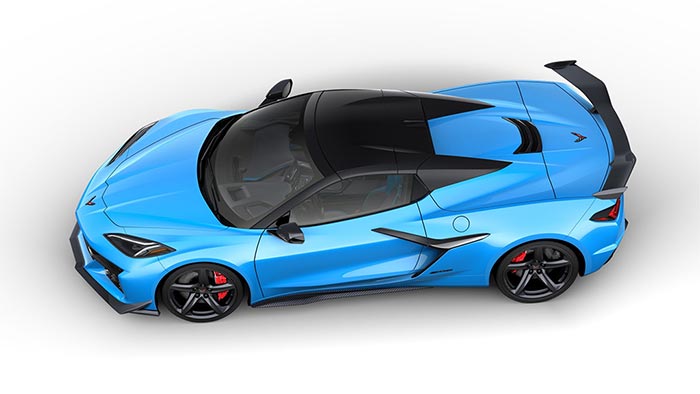 With the release of the Build and Price Configurator for the 2023 Corvette Z06, each of the CorvetteBlogger writers are sharing their dream builds and then we’ll have a vote-off so you can determine the best Z06 configured. Here is Alex Sommers offering his Z06 build!

Thank God for Keith! If it wasn’t for him taking a chance on me as a writer a couple of years back, the amount of time I spend on Cars.com and various configurators could be considered “obsessive,” “unhealthy,” or “an outrageous misuse of time,” but because of CorvetteBlogger and the freelance opportunities that my articles here have led to, all of my online car time can be filed under “work.” Now, today’s work schedule reads “back to the C8 Z06 drawing board,” and I’m psyched! I’ve already published an all-out build, and an in-shock post-MSRP spec that prioritized cost-cutting and speed. Those cars featured my two favorite colors, Amplify Orange and Rapid Blue, respectively.

When Keith first mentioned doing another one of these with the new and improved “build your own” tool on Chevrolet.com, my initial thought was to go in a completely new direction, but now that I am face to face with the RPO list, I just can’t do that. It’s time to combine my first two C8Zs into the specification that I’ve already got pegged in my mind as THE one I’ll target when I’m able – that’ll likely be a secondhand situation, so if you are 1. lucky enough to place an order, 2. want to offload your baby to a zealously loving home down the road, but are 3. on the fence about colors and options, then I’ve got your back!

Obviously, we’d all love to see the magnificent LT6 behind glass, but I’ve been firmly entrenched in the “HTC is the best way to C8” club since the beginning, so I’m starting with the blank canvas of the convertible. Next, since this isn’t real money, I’m also going with the top-shelf 3LZ interior trim before moving on to paint and box-checking. 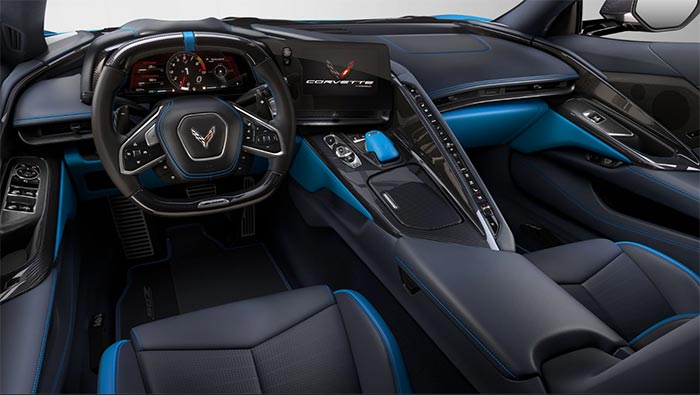 To me, Rapid Blue is the best option, and it pairs nicely with the Tension Blue interior that I love, so those are easy choices. A high-impact hue like RB really benefits from liberal applications of a toned-down accent color, so I went with Carbon Flash painted mirrors (with carbon fiber covers) and both the roof and nacelles. Then I grabbed as much additional carbon fiber as I could get my hands on; Z07 package with the exposed carbon wing, visible CF ground effects, and the stunning five-spoke wheels. Blue calipers aren’t available right now, so I went with the old faithful red. I topped the exterior off with black exhaust tips and the front-end lift. 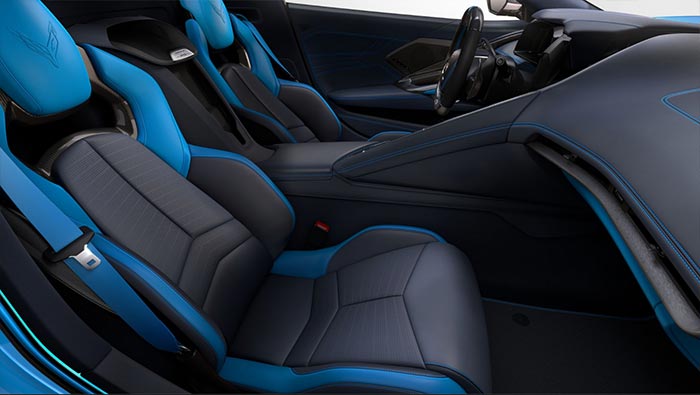 Inside, I stood pat with the GT2 seat and blue seatbelt that came with my interior selection. Then I continued my carbon shopping spree with the level 2 CF package. That pairs beautifully with the stealth interior package. I was tempted by a few accessories but decided I’d more than likely just add those later. The only exception to that rule was a set of premium carpeted floormats that brought my standing total to a thoroughly disheartening $174,645. Still, that isn’t bad for a no-compromises dream car build; I think this one is perfect!

You can see the exact Z06 Convertible built by Alex by following this link.