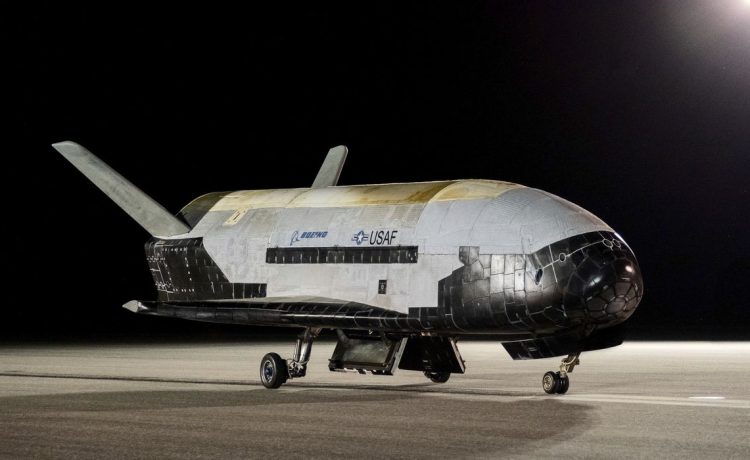 The Boeing X-37B reusable space plane returned to the Kennedy Space Center in Florida Saturday morning after a record 908 days in orbit around the planet.

The space plane successfully landed at 5:22 a.m. local time Saturday, having broken its own previous endurance record of 780 days in orbit.

The return marked the end of the sixth mission for the X-37B, which is owned and operated by the U.S. Space Force. The plane launched on May 17, 2020, carrying for the first time a service module that augmented how much it could take into space.

“This mission highlights the Space Force’s focus on collaboration in space exploration and expanding low-cost access to space for our partners,” said Chief of Space Operations Gen. Chance Saltzman in a Space Force release.

Aboard the spacecraft and module were a solar energy experiment from the U.S. Naval Research Lab, the FalconSat-8 satellite that deployed in October 2021, and two NASA experiments testing the effects of space on seeds and various other materials.

“The ability to conduct on-orbit experiments and bring them home safely for in-depth analysis on the ground has proven valuable … The addition of the service module on OTV-6 allowed us to host more experiments than ever before,” said X-37B Program Director Lt. Col. Joseph Fritschen.

Boeing Space and Launch Senior Vice President Jim Chilton noted that “Since the X-37B’s first launch in 2010, it has shattered records and provided our nation with an unrivaled capability to rapidly test and integrate new space technologies,” in a release from Boeing.

Thus far, the X-37B has spent 3,774 days in space total, traveling over 1.3 billion miles, according to Boeing.