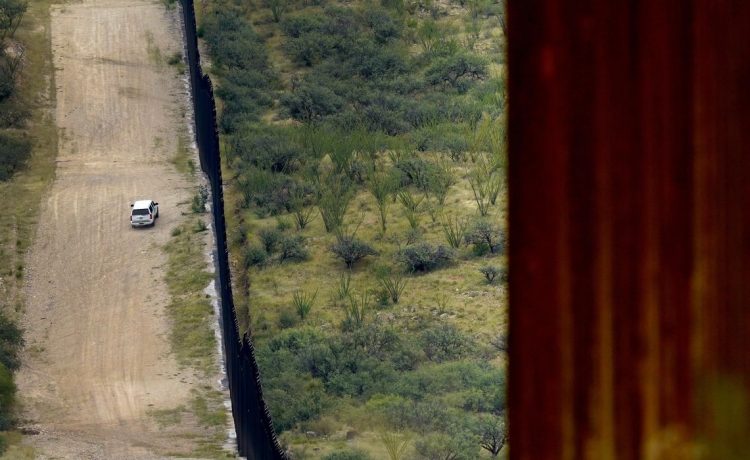 The agents were patrolling in the San Ysidro mountains about 500 yards north of the boundary when they spotted a group of people they believed to be illegal immigrants. Four of the men were carrying military-style rifles and high-capacity magazines.

As agents responded, the group dropped the weapons and fled into Mexico.

Mexican authorities were alerted to the incident but no arrests had been made as of Tuesday, the Border Patrol said.

Officials didn’t say what they believed the group was trying to do, though armed incursions sometimes accompany drug shipments and other times are looking to rob migrants and smugglers.

Chief Heitke said armed incursions like this one have sometimes turned deadly, with migrants and law enforcement alike facing threats.
Prosecutors earlier this year won a final sentencing in the case involving an illegal immigrant “rip crew” that was robbing other smugglers, and ended up in a gunfight with agents in December 2010. Agent Brian Terry was killed in the battle.

Among the weapons the rip crew was using were rifles that had gone missing in the Obama administration’s botched “Fast and Furious” undercover gun operation.

Another Border Patrol agent was shot and killed after a group of smugglers ambushed him to steal his night vision goggles. Four men were convicted, but one remains on the FBI’s list of wanted murder suspects.

In 2002, a U.S. Park Ranger, Kris Eggle, was killed by armed bandits who barreled across the border into Organ Pipe Cactus National Monument in southern Arizona.