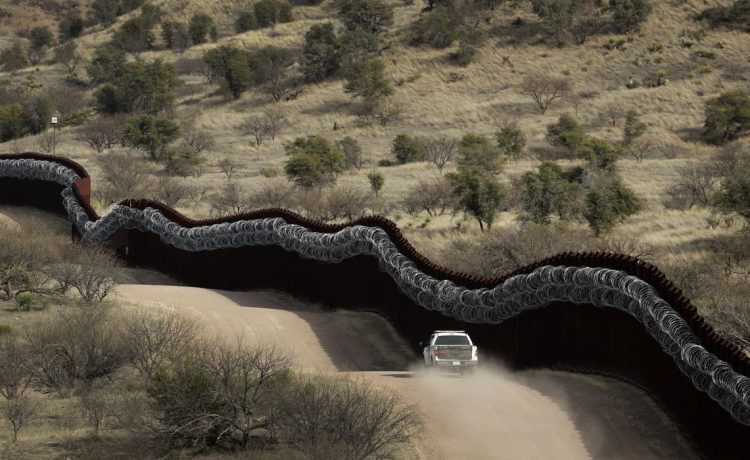 Border Patrol agents said Wednesday they’ve been largely pulled off the border in Arizona, allowing massive numbers of illegal immigrants to walk into the country without even being stopped.

The National Border Patrol Council said just one in five agents in the Tucson region right now is assigned to patrol duties. The rest are handling “administrative” functions, taking them off the front line.

One station in the Tucson sector made 134 arrests on Tuesday, but knows of 277 others who got away. That works out to a pitiful 33% apprehension rate.

Still others were “not detected at all,” said the NBPC, the union that represents the agents.

“There is no ‘secure’ border,” the council said on Twitter.

Stephen Miller, who was an architect of President Trump’s immigration policies, said on Twitter that the numbers show the Biden administration has effectively given a “stand down” order to the Border Patrol.

Arizona has been particularly hard-hit by the border chaos under President Biden, with massive numbers coming — and many of them being immediately released. That’s spurred even more to come.

In Yuma, 95% of migrants that have been nabbed by the Border Patrol this year have been released, according to the sheriff.

The new revelations could affect the ongoing campaigns in Arizona, where Republicans are vying to retake a Senate seat and hold the governorship, and where immigration is a top-tier issue.

Incumbent Democratic Sen. Mark Kelley has criticized the Biden administration’s handling of the border, though when it has come to voting has generally backed the president’s policies.

GOP Challenger Blake Masters has said that judging by the way the border looks, Mr. Kelley is either wrong about defying Mr. Biden, or he’s incompetent and needs to go.