The Great Days > News > Boris Johnson returns to U.K. amid rumors he will run for prime minister
News

Boris Johnson returns to U.K. amid rumors he will run for prime minister 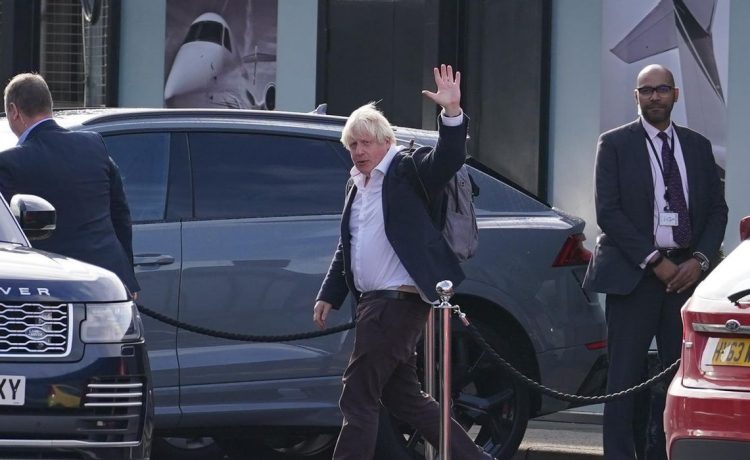 LONDON (AP) — Former Prime Minister Boris Johnson landed back in Britain on Saturday morning, ahead of a possible tilt at reclaiming his former job.

Johnson was ousted by a series of ethics scandals just three months ago, but boarded a flight back to London from his vacation in the Dominican Republic, days after the dramatic resignation of his successor, Liz Truss.

Johnson has not officially said he is running but some allies in the parliamentary party have been loudly calling for his return. Tory lawmakers wishing to enter the race must secure the backing of 100 of their colleagues by 2 p.m. on Monday.

A return by Johnson would be an astonishing recovery for a polarizing figure forced out by a welter of ethics scandals. Opponents say giving him another chance would only lead to more controversy and disappointment.

The leadership uncertainty comes at a time of weak economic growth and as millions struggle with higher borrowing costs and rising prices for groceries, fuel and other basics. A growing wave of strikes by train and postal workers, lawyers and others has revealed mounting discontent as a recession looms.

Truss quit Thursday after a turbulent 45 days, conceding that she could not deliver on her tax-cutting economic package, which she was forced to abandon after it caused turmoil in financial markets.