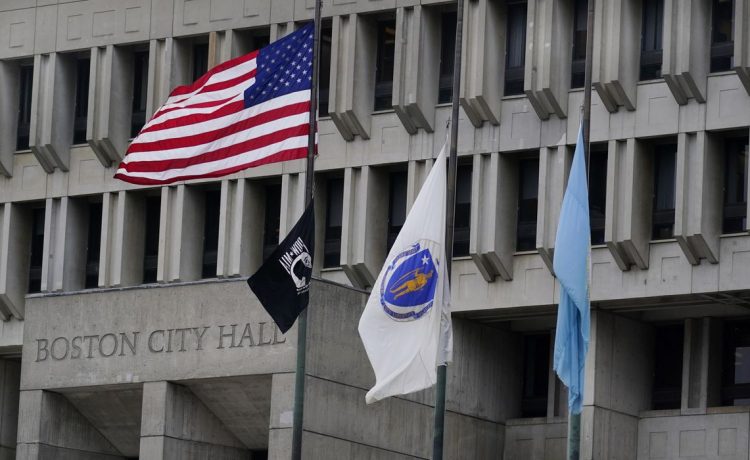 After five years of litigation, the city of Boston has agreed to pay more than $2 million to a Christian group after refusing to fly its flag over city hall — despite flying other flags communicating various messages throughout the years.

Hal Shurtleff, who leads the group Camp Constitution, was represented by Liberty Counsel, a religious liberty legal group, in his Supreme Court fight. He won in a 9-0 decision.

According to a court filing dated Tuesday, the city will pay Mr. Shurtleff and Liberty Counsel just over $2.1 million within 30 days.

“We are pleased that after five years of litigation and a unanimous victory at the U.S. Supreme Court, we joined with Hal Shurtleff to finally let freedom fly in Boston, the Cradle of Liberty. The Christian flag case has established significant precedent,” said Mat Staver, the founder and chairman of Liberty Counsel.

Mr. Shurtleff and Camp Constitution first asked the city in 2017 for a permit to raise the Christian flag on the “public forum” Boston City Hall flagpole to commemorate Constitution Day and Citizenship Day (Sept. 17) and the civic and cultural contributions of the Christian community to the city of Boston, the Commonwealth of Massachusetts, religious tolerance, the Rule of Law and the U.S. Constitution.

The flag is white with a red cross on a blue square in the upper left-hand corner. Boston acknowledged that the flag itself wasn’t objectionable, but the connection to a faith-based group made it problematic.

For 12 years, from 2005 to 2017, Boston approved flying 284 flags by private organizations with no denials on the flagpoles that it designated a public forum. However, the city official denied Camp Constitution’s application in 2017 to fly the Christian flag on Constitution Day.

A unanimous Supreme Court delivered a win in May for the organization, ruling that the city’s policy discriminated against religious groups and violated their First Amendment rights.

The justices said Boston had denied the group its chance to fly a flag because the city feared it would violate the Constitution’s Establishment Clause, which bars the state from endorsing or instituting a religion.

The city bungled its interpretation of the constitutional prohibition and ended up treating the religious group worse than everyone else — an impermissible violation of the group’s free speech rights, the court ruled.

“Under the Constitution, a government may not treat religious persons, religious organizations, or religious speech as second-class,” Justice Brett M. Kavanaugh said in a concurring opinion.

Boston argued the flagpole — one of three outside City Hall — was effectively a part of the city’s messaging, and so it should be able to control what flags flew there.

The problem, the justices said, is that the city had allowed every other requesting group to fly a flag until Camp Constitution, a Christian organization, asked to fly its Latin Cross banner.

The court said the city’s previous action, allowing nearly 300 other flags since 2005, had made the flagpole a public forum, similar to a town square or sidewalk. Denying one voice while allowing others violated the Constitution’s free speech guarantee.

“The boundary between government speech and private expression can blur when, as here, a government invites the people to participate in a program,” Justice Stephen G. Breyer, who has since retired, wrote in the court‘s unanimous opinion.

The case is Shurtleff v. City of Boston.

A lawyer for the city did not immediately respond to a request for comment.