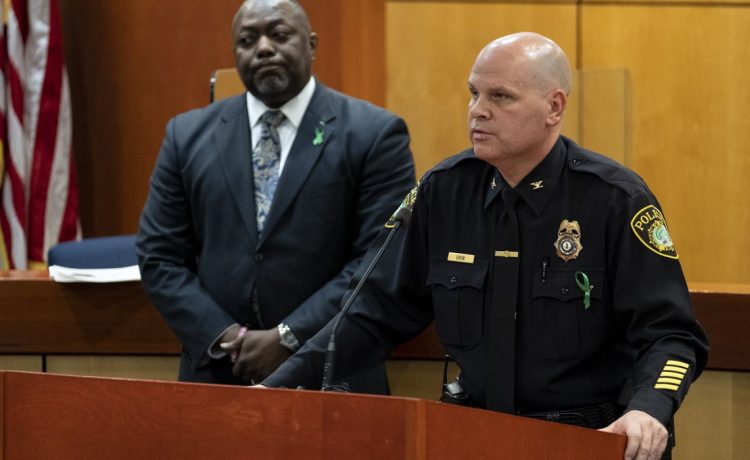 The six-year-old student who allegedly shot his first-grade teacher last Friday in a Virginia classroom is temporarily being held at a medical facility, according to authorities.

Newport News Police Chief Steve Drew said Monday that the boy will go before a judge within the next 96 hours to determine what the next steps will be – whether that be continued treatment at the hospital or an alternative.

Detectives issued an emergency custody order after meeting with the child and his mother. Authorities have maintained that it was an intentional shooting.

Chief Drew said the child took the firearm that is registered to his mother from his home and brought it to Richneck Elementary School in his backpack.

The child, who has not been identified, allegedly aimed the gun at teacher Abigail Zwerner.

Chief Drew said Ms. Zwerner raised her hand up to the gun just before the boy fired, causing the bullet to travel through her hand and into her upper chest.

“I wish that we never had to have it asked how does a six-year-old know how to use a firearm,” Chief Drew said during a press conference. “I don’t know that I could give you an adequate answer.”

Chief Drew referred to Ms. Zwerner, 25, as a hero for ensuring that her remaining students had moved to a safe location in another classroom even after being shot.

“I believe she did save lives, because I don’t know what else might have happened if those kids would have stayed in that room,” the police chief said.

Ms. Zwerner has been upgraded to stable condition.

There will be no class at Richneck Elementary this week, school system Superintendent George Parker announced at the press conference.

Mental health resources are being provided to the school community, Mr. Parker said. Chief Drew said that child psychologists will be alongside police when they speak with students who were in the classroom.

Mr. Parker said there have only been three instances since 1970 in which a student who was six or younger fired a gun at school.

A juvenile legal expert who spoke with the Washington Post said that it’s “next to impossible” to prosecute the child for any crime.

“The bigger barrier, presuming the prosecution could overcome that, is all defendants have to be competent to stand trial,” Andrew Block, an associate professor at the University of Virginia School of Law and the former director of the Virginia Department of Juvenile Justice, told the Post. “That means you have to understand the nature of legal proceedings against you and assist in your own defense. There’s no way a 6-year-old would meet that criteria.”

Chief Drew said he is working with the Commonwealth’s Attorney and Community Services Board to figure out the next steps to take legally.