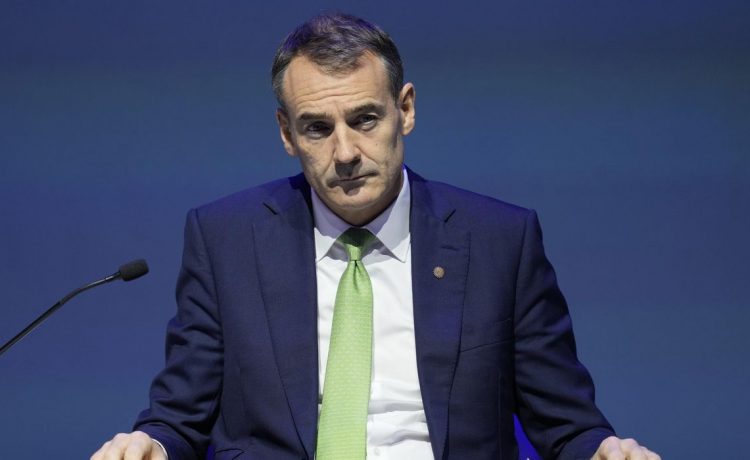 Underlying replacement cost profit, which excludes one-time items and fluctuations in the value of inventories, jumped to $8.15 billion from $3.32 billion in the same period last year, BP said Tuesday. The company also announced plans to reward shareholders, buying back another $2.5 billion of stock.

Soaring earnings at British energy companies are fueling calls for the government to expand a tax on their windfall profits as Prime Minister Rishi Sunak struggles to close an estimated 40 billion-pound ($46 billion) hole in the budget. BP rival Shell last week said third-quarter earnings more than doubled to $9.45 billion.

It comes as oil companies around the world are seeing earnings surge, with Saudi’s Aramco on Tuesday reporting a $42.4 billion profit, it’s second-highest quarterly earnings ever. Last week, Texas-based Exxon Mobil broke records with $19.66 billion in profits in the three months to September and California-based Chevron got close to its peak from last quarter with $11.23 billion.

For BP, it is plowing some of the profits from high oil and natural gas prices into renewable energy as it tries to eliminate net carbon emissions by 2050. During the third quarter, the company bought Archaea Energy, which produces natural gas from landfills and other waste sites across the U.S. and agreed to buy 40.5% of the Asian Renewable Energy Hub, which plans to develop wind and solar power projects in Western Australia.

“This quarter’s results reflect us continuing to perform while transforming,” Chief Executive Bernard Looney said in a statement.

Britain in May imposed an additional 25% tax on profits earned from oil and gas extraction in the U.K. The temporary tax is designed to raise about 5 billion pounds through the end of 2025. The new tax cost BP $778 million in the third quarter, the company said.

The pressure on the U.K. government is likely to increase for a higher windfall tax.

“We need to raise more money from a windfall tax on oil and gas companies and actively encourage them to invest in renewables,” said Alok Sharma, who chaired COP26, the last U.N. climate summit.

BP’s earnings jumped as Brent crude, a benchmark for European oil prices, averaged $100.84 a barrel in the third quarter, 37% higher than during the same period last year.

Natural gas prices have been even more volatile as Russia curtails supplies to Europe. In the U.K., wholesale gas prices averaged 137% higher than a year earlier.

Although prices have fallen in recent weeks, BP said it expects them to remain high during the fourth quarter after the OPEC+ group of oil-exporting nations cut production and as Russia limits gas supplies.