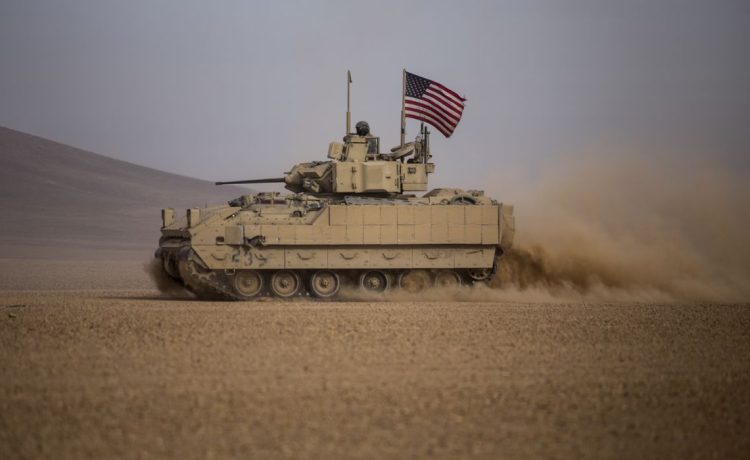 The Defense Department announced Thursday another security assistance package for Ukraine that will provide Kyiv with about $2.5 billion worth of additional firepower, including for the first time 90 Stryker combat vehicles.

The military equipment will come directly from U.S. stocks.

Pentagon officials said the drawdown — the 30th from Defense Department inventories since August 2021 – is necessary to “meet Ukraine’s critical security and defense needs.”

“The Kremlin’s most recent air attacks against Ukraine’s critical infrastructure again demonstrate the devastating impact of Russia’s brutal war in Ukraine,” the Defense Department said in a statement Thursday announcing the drawdown.

Counting the 50 Bradleys that were promised on Jan. 6, the latest security assistance package means the U.S. will provide Ukraine with two brigades worth of armored capability, Pentagon officials said.

Ukraine has repeatedly asked the U.S. and other NATO powers to provide them with main battle tanks such as the U.S.-made M-1 Abrams. So far, the Biden administration has been unwilling to send Kyiv its top-of-the-line armor.

“I just don’t think we’re there yet,” Undersecretary of Defense for Policy Colin Kahl told reporters at the Pentagon this week. “The Abrams is a very complicated piece of equipment. It’s expensive, it’s hard to train on, and it has a jet engine. It’s not the easiest system to maintain.”

Also included in the latest security package will be more than 50 Mine Resistant Ambush Protected Vehicles (MRAPS) and 350 High Mobility Multipurpose Wheeled Vehicles, known as Humvees, along with vehicles to carry ammunition and to tow weapons.

The Defense Department also will be sending Ukraine more than 110,000 artillery rounds, three million rounds of small arms ammunition, and dozens of missiles including more ammo for the High Mobility Artillery Rocket System (HIMARS) which had recently been considered a game changer on the battlefield in Ukraine.

The Biden administration has committed more than $26.7 billion worth of military equipment to Ukraine since Russia’s invasion last Feb. 24.