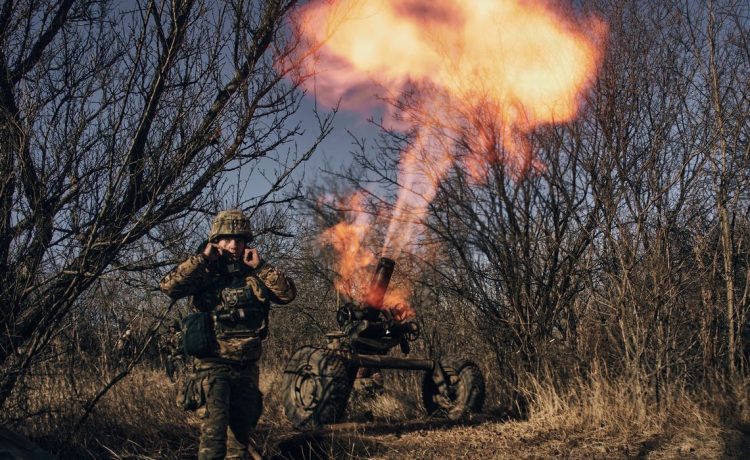 Ukraine’s apparent drone strikes on military bases deep inside Russian territory have exposed serious vulnerabilities in the Kremlin’s defenses and could be the first indication that Kyiv is now willing and able to take the fight to enemy soil.

But those attacks are also creating a major headache for the U.S. and its allies.

The Biden administration over the past several days has scrambled to distance itself from the strikes on Russian military bases and a strategically vital airport, stressing that the U.S. had no involvement with the operations nor did it encourage the Ukrainians to attack the targets. Officials in the State Department and Pentagon said that the U.S. played no role in the bombings as they seek to tamp down any risk of escalation that could result if Moscow believes its homeland is now under attack by Ukrainian forces acting with the aid of American military advisers, equipment or intelligence.

“We have neither encouraged nor enabled the Ukrainians to strike inside of Russia,” Secretary of State Antony Blinken told reporters at a press conference late Tuesday afternoon, staking out a position that other administration officials have echoed.

“But the important thing is to understand what Ukrainians are living through every day with the ongoing Russian aggression against their country, and our determination to make sure they have in their hands … the equipment they need to defend themselves, to defend their territory, to defend their freedom,” Mr. Blinken said.

“We are not encouraging Ukraine to strike beyond its borders,” Mr. Price told a press briefing. ” … Everything we are doing, everything the world is doing to support Ukraine, is in support of Ukraine’s independence, its sovereignty, its territorial integrity. We are providing Ukraine with what it needs to use on its sovereign territory, on Ukrainian soil, to take on Russian aggressors.”

The U.S. and a number of NATO allies have turned aside requests from Kyiv for weapons such as fighter jets with the range to strike far beyond Ukraine’s borders. The Wall Street Journal reported recently that the Pentagon had altered HIMARS rocket launchers sent to Ukraine — which has proven highly effective — to ensure they lacked the range to fire into Russia itself.

But the distinctions that Washington has tried to draw appear to be lost on some top Russian officials.

“You shouldn’t say that the U.S. and NATO aren’t taking part in this war. You are directly participating in it,” Russian Foreign Minister Sergey Lavrov told reporters in a video call last week, “and not just by providing weapons but also by training personnel. You are training their military on your territory, on the territories of Britain, Germany, Italy and other countries.”

The Kremlin vowed Wednesday to ramp up its own air defenses after two days of drone strikes, the first of which targeted the Engels and Dyagilevo military bases in Russia on Monday. Although Kyiv has not claimed explicit credit for the attacks, Ukrainian drones also are believed to have been responsible for a strike on an airport in Russia’s Kursk region and an industrial plant about 50 miles inland from the Ukrainian border.

At the same time, Western intelligence officials said Wednesday that Russian troops are beefing up their ground defenses along the Ukrainian border in an apparent effort to defend against a Ukrainian ground invasion — a prospect that would have seemed unthinkable when Russian President Vladimir Putin launched his invasion in February, or even just a few months ago.

SEE ALSO: British officials: Russia appears to be prepping for invasion by Ukraine

Ukrainian officials have been careful to avoid taking direct credit for the drone assaults. But their public comments strongly suggest that their military forces carried them out.

The Russians “will have less aviation equipment after being damaged due to these mysterious explosions,” Yurii Ihnat, spokesman for the Air Force Command of the Armed Forces of Ukraine, said Wednesday. “This is undoubtedly excellent news because if one or two aircraft fail, then in the future, some more aircraft may fail in some way. This reduces their capabilities.”

On the heels of the attacks, Ukrainian President Volodymyr Zelenskyy traveled to the Donetsk region — one of the epicenters of fighting in eastern Ukraine — to mark his country’s Armed Forces Day on Wednesday. Mr. Zelenskyy has shown a repeated willingness to travel to the front lines despite the visits potentially putting his life in danger.

“Everyone sees your strength and your skill. … I’m grateful to your parents. They raised real heroes,” he told Ukrainian service members.

While the Biden administration claims their support for the Zelenskyy government is meant solely to defend and take back Ukrainian territory, officials also made clear they aren’t standing in the way of Ukrainian efforts to take the fight to Russia. Defense Secretary Lloyd Austin said late Tuesday that the U.S. is not actively trying to halt Ukrainians’ development of drones, long-range missiles or other capabilities that can hit Russian targets.

The administration now finds itself walking a tightrope. Given Russia’s relentless focus on civilian targets in Ukraine over the past few months, there would be little moral objection to Ukraine returning fire by attacking Russian assets at home.

But the U.S. and NATO, which have insisted from the beginning they are not seeking a direct war with a nuclear-armed Russia, cannot be seen to be encouraging or aiding those operations in any way. Such cooperation with direct attacks on Russian soil would almost surely be seen by Moscow as an act of war, potentially leading to a direct confrontation between the world’s leading nuclear powers.

There are significant questions about how Ukrainian troops carried out the attacks without any outside help, whether it be from the U.S. or another Western ally. Before the attacks Monday and Tuesday, it was widely believed that Russian air defenses were capable of detecting and shooting down Ukrainian drones before they could strike targets in Russian territory, especially crucial military facilities central to the Russian war effort.

“Baffling,” Samuel Bendett, a senior fellow at the Center for a New American Security, told Business Insider, referring to the Ukrainian strikes.

“Why didn’t Russian air defenses track and identify the targets so deep inside the country?” said Mr. Bendett, who is closely tracking the Russia-Ukraine war and the use of drones in the conflict.

The Dyagilevo base is just 150 miles from Moscow. Before this week, few believed Ukraine had the capabilities to strike a target so deep into Russia.

Citing sources close to Mr. Zelenskyy, ABC News reported Wednesday that Ukrainian special forces were deep inside Russian territory at the time of the strikes and helped guide the drones to their targets. The presence of Ukrainian ground troops operating on Russian soil would be both an embarrassment for Moscow and a massive security breach, suggesting that Russian forces are not entirely able to protect their own territory.

After the attacks, Kremlin spokesman Dmitry Peskov vowed that Moscow will take the “necessary measures” to ramp up its air defenses. In his own comments Wednesday, Mr. Putin spoke about the war in Ukraine in broad strokes but acknowledged that the so-called “special military operation” is taking longer than expected.

“As for the results of the special military operation, some of them may manifest themselves only after a long while,” the Russian leader said, adding that Russia’s claimed “annexation” of four eastern Ukrainian provinces is a major success.

“New territories have appeared. This is a significant result for Russia,” he said.

Meanwhile, British officials said Wednesday that Russia has begun extending defensive positions along its international border with Ukraine and deep inside its own Belgorod region.

While some trench-digging in Belgorod has been reported since at least April 2022, the new construction efforts appear to include more elaborate systems designed to rebuff an assault by mechanized military units, British military intelligence officials said in a Twitter post.

Russian authorities may be promoting such defensive preparations in its own territory in order to burnish patriotic attitudes among its own people.

“However, it probably illustrates some Russian decision-makers genuine — but false — belief that there is a credible threat of invasion by Ukrainian forces,” British officials tweeted.

— Staff writer Mike Glenn contributed to this article, which is based in part on wire service reports.