The Great Days > News > Brazilians go to polls to choose between far-left ‘Lula’ or Bolsonaro, ‘Trump of the Tropics’
News

Brazilians go to polls to choose between far-left ‘Lula’ or Bolsonaro, ‘Trump of the Tropics’ 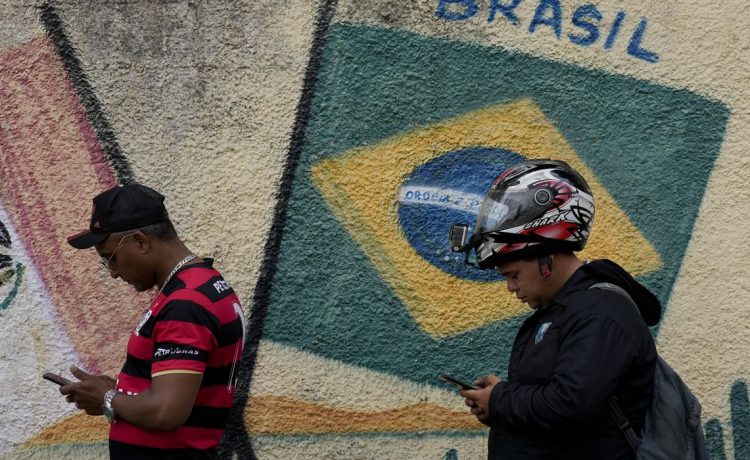 Voters in Brazil on Sunday are deciding whether conservative President Jair Bolsonaro will remain in office for another term or if his left-wing archrival, former President Luiz Inacio Lula da Silva, will return to the job he held from 2003 to 2010.

Both candidates voted Sunday and expressed confidence in their chances for victory in the runoff election.

In the October general election, Mr. Lula da Silva, known throughout Brazil as “Lula,” received 57 million votes compared to 51 million for the incumbent. But Mr. Bolsonaro performed better than expected and analysts in Brazil predict Sunday’s race will go down to the wire.

Politicians in Brazil who win the first round in an election usually come out ahead during the runoff. But the divisive campaign between Mr. Bolsonaro, an ex-Army officer, and Mr. Lula da Silva, a former trade union chief, has been anything but typical. Rodrigo Prando, a political scientist in Sao Paul, said a win by the incumbent can’t be ruled out.

“Politically, Bolsonaro is stronger than had been imagined. Mathematically, Lula is in front,” Mr. Prando, a professor at Brazil’s Mackenzie Presbyterian University told Al Jazeera.

Mr. Bolsonaro is the candidate of Brazil’s center-right Liberal Party while his opponent leads the ticket on the left-wing Workers’ Party.

Mr. Bolsonaro was elected on a platform of economic deregulation and conservative social values while Mr. Lula da Silva focused his attention on social justice issues while stabilizing the country’s economy.

While he finished his term in office with an 80% approval rate and is considered by many to have been the most popular president in Brazilian history, Mr. Lula da Silva was entangled in a number of corruption scandals. He was convicted in 2017 and sent to prison for 19 months. He was released two years later after the conviction was overturned.

Mr. Bolsonaro has come under fire in Brazil for the country’s handling of the COVID-19 pandemic that resulted in more than 680,000 deaths along with his combative rhetorical style that has been compared to Donald Trump. But an improving economy in Brazil has allowed him to close the voting gap with his rival.

“I think this has been the best government Brazil has ever had,” Mr. de Oliveria told the French AFP news agency.

In Sao Paulo, psychologist Marcelo Silveira Curi told AFP that he disliked both candidates but ultimately planned to cast his vote for Mr. Lula da Silva.

“He’s not ideal, but he’s the option if you oppose this government,” Mr. Curi said.