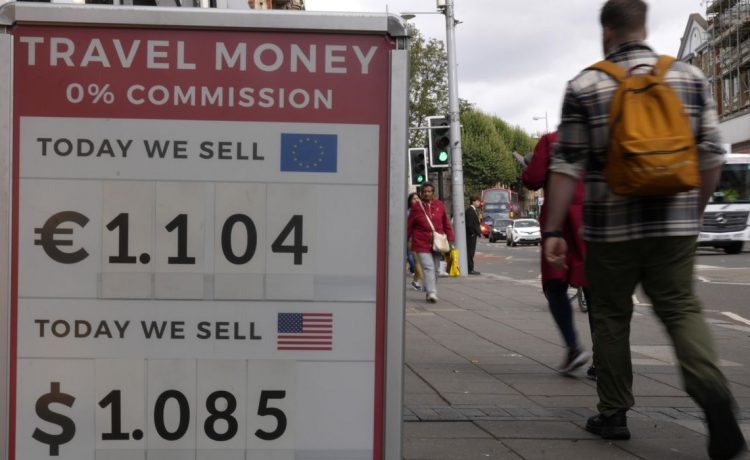 The British currency has lost more than 5% of its value against the dollar since Friday, when Kwarteng announced the biggest tax cuts in 50 years. It comes as the government plans to spend billions of pounds to help consumers and businesses struggling with high energy bills that are driving a cost-of-living crisis. The combination sparked investor concern about spiraling government debt.

Kwarteng and Prime Minister Liz Truss, who took office three weeks ago, are betting that lower taxes and reduced bureaucracy will spur economic growth and generate enough additional tax revenue to cover government spending. Economists suggest it is unlikely the gamble will pay off.

When grilled about his economic policy Sunday, Kwarteng said he believed the government was acting responsibly.

“There’s more to come,” he said in an interview with the BBC. “We’ve only been here 19 days. I want to see, over the next year, people retain more of their income because I believe that it is the British people that are going to drive this economy.”

As it is cutting taxes, the government plans to cap electricity and natural gas prices for homes and businesses to help cushion price rises that have been triggered by Russia’s war in Ukraine and have sent inflation to near a 40-year high of 9.9%.

This program will cost 60 billion pounds, and the government will borrow to finance it, Kwarteng said Friday.

He said Sunday that it was the right policy because the government needed to help consumers squeezed by the unprecedented pressures caused by the war in Ukraine and the COVID-19 pandemic.

Britain can afford the cost because its debt as a percentage of gross domestic product is the second lowest among the Group of Seven large industrial economies, Kwarteng said. In the coming months, the government will announce plans for reducing the nation’s debt, he said.

“Obviously, I will be setting out plans for the medium-term fiscal plan, as we’re calling it, that will show that we’re committed to net debt-to-GDP to be falling over time,” Kwarteng said.

The pound’s decline against the dollar also has been fueled by the Bank of England not keeping pace with the U.S. Federal Reserve’s efforts to rein in inflation. Britain’s central bank on Thursday raised interest rates by half a percentage point, compared with large three-quarter-point increase by the Fed last week. But U.K. inflation is the highest among major economies, and the bank has predicted a recession later in the year.

While the pound’s slide has accelerated in recent days, the currency has fallen steadily against the dollar for more than a year as investors sought the security of U.S. assets amid the economic shocks from the pandemic and the war in Ukraine.