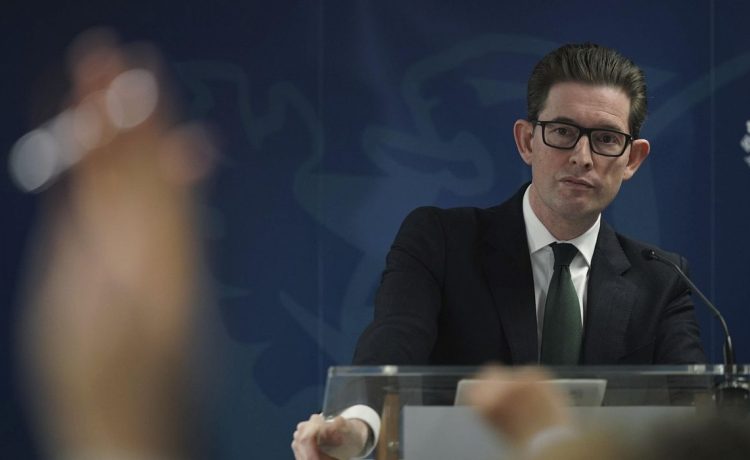 Britain’s domestic intelligence chief warned this week that Chinese intelligence agents are grooming British citizens as spies as part of influence operations that can stretch over years and even decades.

Ken McCallum, director general of the intelligence service known as MI5, said in his annual update on threats to the UK this week that Chinese intelligence operations pose one of the major threats to national and economic security, including to the British political system.

“We see the Chinese authorities playing the long game in cultivating contacts to manipulate opinion in China’s favor — seeking to co-opt and influence not just prominent parliamentarians from across the political landscape, but people much earlier in their careers in public life, gradually building a debt of obligation,” Mr. McCallum said.

In January, MI5 revealed that a Chinese agent, identified as Christine Ching Kui Lee, had established ties with current and aspiring members of Parliament as part of an influence operation. The activities included giving donations to politicians.

The British case is similar to that of a Chinese agent known as Fang Fang who worked with Rep. Eric Swalwell, California Democrat, and other U.S. political figures. Mr. Swalwell, a member of the House Permanent Select Committee on Intelligence, denied passing any sensitive information to the agent.

Unlike MI5, the FBI made no public statement on the case of Ms. Fang.

“We’re seeing an increasingly assertive Chinese Communist Party using overt and covert pressure to bend other countries to its will,” he said. The West is facing “a contest in which our security, values and democratic institutions are at stake,” he added.

Chinese technology and information theft operations include targeting not only intelligence officers and cyber hackers but business executives and academic researchers with access to both government and private sector secrets, he said, citing earlier disclosures of Chinese activities last summer. “Since then, we’ve seen yet more concerning activity,” he said.

Chinese agents are using covert operations to monitor and in some cases intimidate overseas Chinese deemed to be opposed to the ruling Communist Party, the British spymaster charged.

“This takes place all over the world, from coercing and forcibly repatriating Chinese nationals to harassment and assault,” Mr. McCallum said.

In one recent case, a pro-democracy protester was attacked outside the Chinese consulate in Manchester, and there have been press reports detailing Beijing’s global network of overseas police offices used to target dissidents.

The Chinese Communist Party’s “United Front Work Department” and other front groups “apply pressure to those challenging the regime’s perceived ‘core interests’ —  whether that’s on democracy in Hong Kong or human rights abuses in Xinjiang,” the MI5 director said. “We can expect it to increase further as [Chinese President Xi Jinping] consolidates power on an indefinite basis.”

The British government recently announced the creation of an inter-agency task force focused on protecting democratic institutions and freedoms.

Philby escaped to Moscow in 1963 before he could be arrested. He was part of a Soviet spy ring known as the Cambridge Five after the university where five members of the British upper class were recruited as spies in the 1930s.

In Washington, FBI Director Christopher Wray repeated a warning to Congress this week that Chinese intelligence activities pose “the greatest long-term threat to our nation’s ideas, innovation, and economic security.”

“When it comes to economic espionage, [China] uses every means at its disposal against us, blending cyber, human intelligence, diplomacy, corporate transactions, and pressure on U.S. companies operating in China, to achieve its strategic goals to steal our companies’ innovations,” Mr. Wray said.

“There’s also nothing traditional about the scale of their theft — it’s unprecedented in the history of the FBI,” Mr. Wray said in prepared testimony to the House and Senate homeland security committees. “American workers and companies are facing a greater, more complex danger than they’ve ever dealt with before.”

The FBI also is leading an interagency counterspy group called the National Counterintelligence Task Force that seeks to apply “a whole-of-government approach to counterintelligence,” he said. The task force combines the authority and operational capabilities of all U.S. intelligence agencies with well federal, state, and local law enforcement and local task forces in FBI field offices.

On the threat from Russia, Mr. McCallum said Britain played a key role in the recent expulsion of Russian officials around the world, including more than 600 from Europe that he said included more than 400 spies.

“This has struck the most significant strategic blow against the Russian intelligence services in recent European history,” he said.

A total of 23 Russian spies working undercover as diplomats were ordered out of Britain and another 100 Russians seeking diplomatic visas were blocked on national security grounds, he said.

Russian intelligence operatives were blamed for the attempted assassination by poisoning of former Russian military officer Sergei Skripal and his daughter, Yulia Skripal, in 2018 in Salisbury. Moscow agents also were identified in the London killing of Russian intelligence defector Alexander Litvinenko in 2006, using a radioactive agent known as Polonium-210 that was placed in a cup of tea.

Mr. McCallum in his remarks this week said Russia and China present different kinds of threats to Western interests and values, using a soccer analogy on the eve of the start of the 2022 World Cup.

Russia, he said, even though bogged down by the war in Ukraine, “thinks nothing of throwing an elbow in the face, and routinely cheats to get its way. We’ve had success in getting some of their players sent off, and for now they’re a bit distracted by the blame game in their own dressing-room, but they will keep attacking us.”

“The Chinese authorities present a different order of challenge,” he said. “They’re trying to re-write the rulebook, to buy the league, to recruit our coaching staff to work for them.”