Brittney Griner thanks supporters, urges them to push for Paul Whelan’s freedom 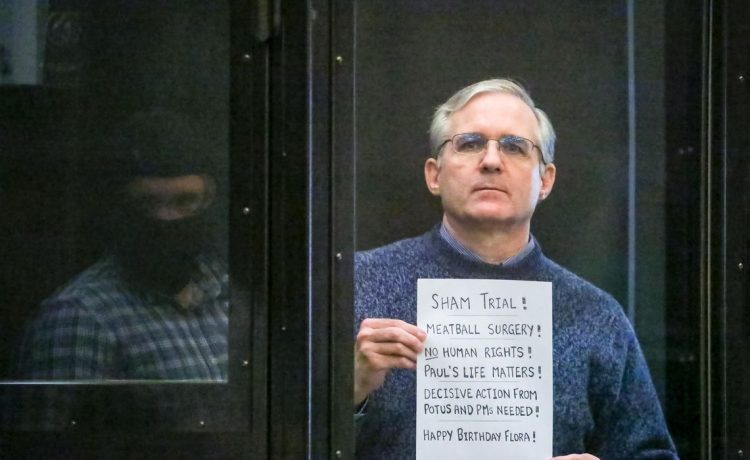 Brittney Griner wants her fans to rally for the release of Paul Whelan, an American who remains in a Russian prison after Moscow refused to include him in a prisoner swap that freed the Women’s National Basketball Association player in exchange for Russian arms dealer Viktor Bout.

Ms. Griner, who competed abroad in the off-season, was detained in Russia for 10 months after authorities found cannabis-derived oil in her airport luggage. She told supporters their letters helped her maintain hope before the holiday but “there remain too many families with loved ones wrongfully detained.”

“Those families stood alongside you and all who supported the WeAreBG campaign, to bring me home and it’s our turn to support them. I hope you’ll join me in writing to Paul Whelan and continuing to advocate for other Americans to be rescued and returned to their families,” she wrote on her Instagram page Wednesday. “Thank you again from the bottom of my heart. I hope your holiday season is full of joy and love.”

Ms. Griner included an address for consular services at the State Department so people could write Mr. Whelan.

Mr. Whelan is a security executive whom the Russians detained while he visited Moscow in 2018 for a friend’s wedding.

He is serving a 16-year sentence on espionage charges that Mr. Whelan and the U.S. government consider bogus.

President Biden said he pushed for Mr. Whelan’s release in the Griner exchange but the Russians wouldn’t cooperate.

“Russia is treating Paul’s case differently than Brittney’s, and while we have not succeeded in securing Paul’s release, we are not giving up,” Mr. Biden said.