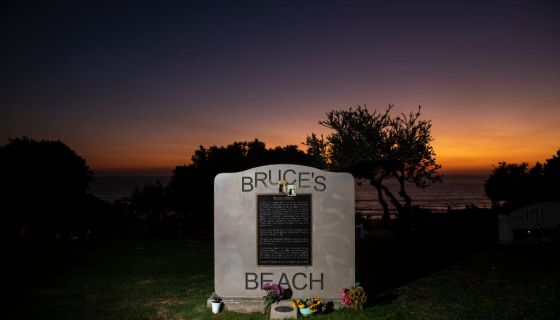 Over a century ago Bruce’s Beach, an oceanfront property in Southern California was taken from its black owners. In 1924 during the Jim Crow Era, the property was forcefully taken citing eminent domain. The Bruces were paid a fraction of what they asked for and died five years later. Just last year the beach was returned to descendants of the family with the help of California Governor Gavin Newsome. The return terms put in place an agreement with LA county to lease the beach for around $400k a year.

“The seizure of Bruce’s Beach nearly a century ago was an injustice inflicted upon not just Willa and Charles Bruce but generations of their descendants who almost certainly would have been millionaires,” said Los Angeles County Board of Supervisors Chair Janice Hahn

Almost a year later the family is reportedly ready to see those millions they are owed and will sell the property.

According to CNN, Family members of the original landowners, Willa and Charles Bruce have communicated to Los Angeles County, they would like to sell the property. Per the original return agreement if sold the amount would not exceed $20M which is the amount of the pending sale. No timeline is stated for the completion of the sale. All parties seem to be in agreement on the terms of the sale. The majority of the sale terms were placed in the original return last year. Willa and Charles Bruce purchased the land in 1912 for $1,225. Now their family will receive their generational wealth back almost 100 years later.