Budweiser’s unsold World Cup beer will go to the champion 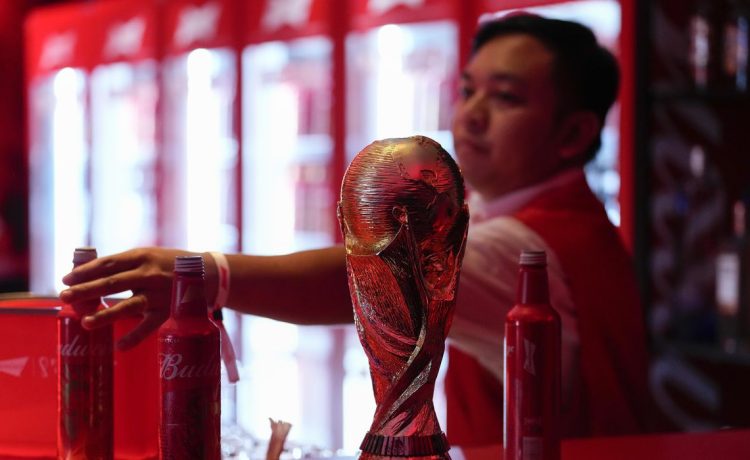 Budweiser, the official sponsor of the World Cup in Qatar, will give stacks of unsold beer to the winner of the quadrennial soccer tournament.

Budweiser was originally slated to be sold inside the eight stadiums in Qatar at certain intervals before and after matches. But the conservative royal government of the Muslim country put the kibosh on beer sales in those venues Friday since Islam forbids alcohol.

“Following discussions between host country authorities and FIFA, a decision has been made to focus the sale of alcoholic beverages on the FIFA Fan Festival, other fan destinations and licensed venues, removing sales points of beer from Qatar’s FIFA World Cup 2022 stadium perimeters,” FIFA, the international governing body of soccer, said in a statement Friday.

Budweiser has an alternative plan for its warehouses full of undrunk booze — giving it all to the Cup champion. In a tweet Saturday, the company showed a picture of beer cases with the caption “Winning Country gets the Buds. Who will get them?”

“We will host the ultimate championship celebration for the winning country. Because, for the winning fans, they’ve taken the world. More details will be shared when we get closer to the finals,” a spokesperson for Budweiser parent company Anheuser-Busch InBev told CNN Business Tuesday.

Budweiser, which has sponsored World Cups since 1986, paid around $75 million for the 2022 sponsorship, according to CNN Business.