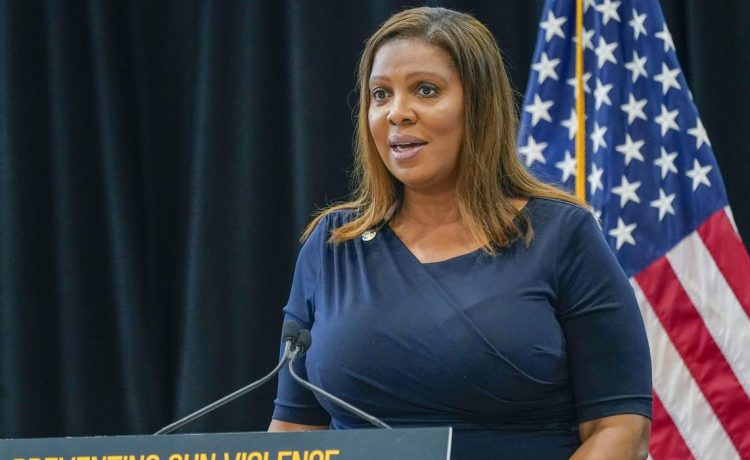 A rare submission by a Roman Catholic Church diocese to third-party oversight of its clergy was announced Tuesday when New York’s attorney general said the state would monitor the Buffalo Diocese’s management of sexual abuse complaints and allegations.

The settlement resolves a lawsuit the state filed in November 2020 alleging the Buffalo Diocese “persistently failed” to deal with child sexual abuse in its parishes and “systematically evaded” promised reforms.

The settlement also imposes state-mandated rules governing the handling of new abuse cases. Ms. James’ office said the Buffalo Diocese will appoint “an independent investigator” when an abuse complaint is received and “all investigations must be completed within 45 days of the appointment.”

The diocese will have to make public disclosures as the investigation proceeds and publicly disclose the names of accused clergy suspended and awaiting investigation.

The state announcement also listed restrictions on the accused priests.

“Supervised clergy cannot perform priestly ministry duties, such as saying mass or taking confessions, cannot wear their collar or otherwise position themselves as a cleric in good standing, and cannot live in close proximity to children or a school, among other requirements,” the news release said.

“For far too long, the Buffalo Diocese and its leaders failed their most basic duty to guide and protect our children,” Ms. James said in a statement. “In choosing to defend the perpetrators of sexual abuse instead of defending the most vulnerable, the Buffalo Diocese and its leaders breached parishioners’ trust and caused many [to have] a crisis of faith.”

Bishop Michael W. Fisher, the current head of the Buffalo Diocese, said in a separate statement the agreement “confirms that the rigorous policies and protocols the Diocese has put in place over the past several years are the right ones to ensure that all young people and other vulnerable persons are safe and never at risk of abuse of any kind by a member of the clergy, diocesan employee, volunteer, or member of a religious order serving in the Diocese of Buffalo,”

Ms. James said her office approved of the appointment of Kathleen McChesney, former executive director of the U.S. Catholic Bishops’ Conference’s (USCCB) national Office of Child and Youth Protection, as well as a former high-ranking FBI official, to conduct an annual “compliance audit” to make sure the Buffalo Diocese is in “compliance with the terms of the settlement.”

The independent audits will last at least three years and may extend another two years, Ms. James said.

In a letter to the diocese, Bishop Fisher said the lawsuit was filed “just weeks” before he was installed as the regional leader, adding, “resolving it has been one of my most pressing challenges and greatest priorities.”