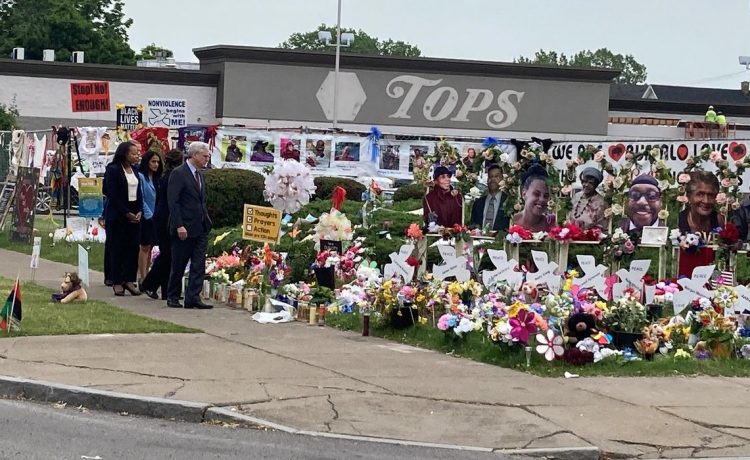 BUFFALO, N.Y. — A Black resident of Buffalo, New York, told investigators he anonymously tweeted out a fake threat to commit mass killings against Black people in his community, days after a real mass shooting, because he wanted to see if racists would cheer him on, according to federal prosecutors.

The U.S. Attorney’s office said Thursday that the suspect, 24, said in a May 16 post that he and “associates” would target Black people at area grocery stores – two days after a white gunman from Conklin, New York, opened fire at a Tops Friendly Market and killed 10 people.

He “stated that the purpose of the post was to see what everyone would say and if anyone would agree with him,” according to an FBI agent’s affidavit supporting the charge.

The suspect was charged with making an interstate threat. His assigned attorney declined to comment.

The affidavit said the suspect told law enforcement that he also created a second account “in an effort to rectify the earlier post.” He replaced “only looking to kill blacks” with “ants, spiders and things of that nature.”

A search of his cellphone revealed a screenshot of a post from the second account claiming not to have meant any harm, the affidavit said.

The suspect made an initial appearance in U.S. District Court and was released. He faces up to five years in prison if convicted.

Last month, authorities announced the arrest of a Washington state man after police said he made multiple calls to a Tops supermarket in Buffalo in which he referenced shooting and killing Black people. A different Buffalo resident was arrested in May for making similar threatening phone calls to two local businesses and also referencing the Tops supermarket shooting.