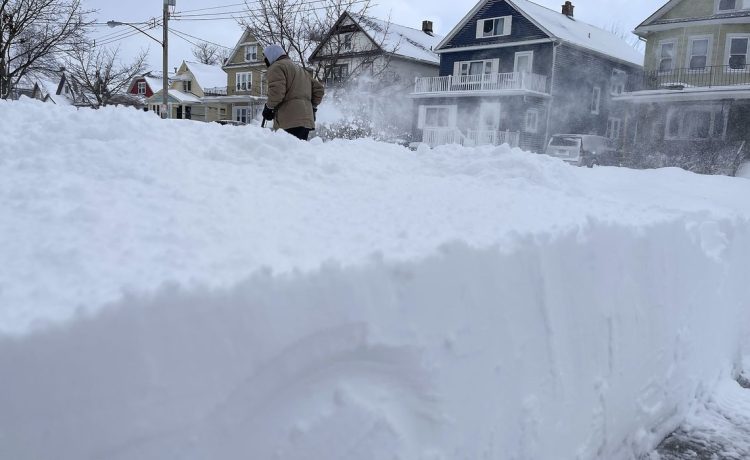 A couple in upstate New York became impromptu innkeepers for South Korean tourists over the weekend after the visitors became stranded in an intense blizzard.

The 10 tourists set out Friday for Niagara Falls but soon became alarmed by the windy and icy conditions on the roads, according to The New York Times.

Their car got stuck near Buffalo around 2 p.m., and two men went out to see if anybody had shovels so they could unearth their vehicle. That’s when they knocked on the door of Alex and Andrea Campagna.

“Knowing, as a Buffalonian, this is on another level, the Darth Vader of storms,” Mr. Campagna told the newspaper.

The storm had killed 17 people and left thousands without power as of Sunday, according to the Buffalo News.

The dangerous conditions prompted the 40-year-old resident to invite all 10 of the foreign guests into his home.

A spare bedroom, couches, air mattresses and sleeping bags were all employed so the guests — seven women and three men — could stay comfortably. Best of all, the Campagnas’ kitchen was fully stocked with all of the Korean cooking essentials, including mirin, kimchi, red pepper paste, soy sauce, sesame oil, chili flakes and a rice cooker.

“It was kind of like fate,” Yoseb Choi, who was on the trip with his wife for their honeymoon, told the Times about finding the Campagnas. He told the newspaper that the couple were “the kindest people I have ever met.”

Home-cooked Korean meals were served such as jeyuk bokkeum, a spicy stir-fried pork dish, while the visitors watched the Buffalo Bills defeat the Chicago Bears on Christmas Eve.

By Christmas, the deadly snowstorm was finally subsiding. Roads were cleared enough so that the tourists and their hosts could part, leaving both with fond memories.

“We have enjoyed this so much,” Mr. Campagna told the Times. “We will never forget this.”