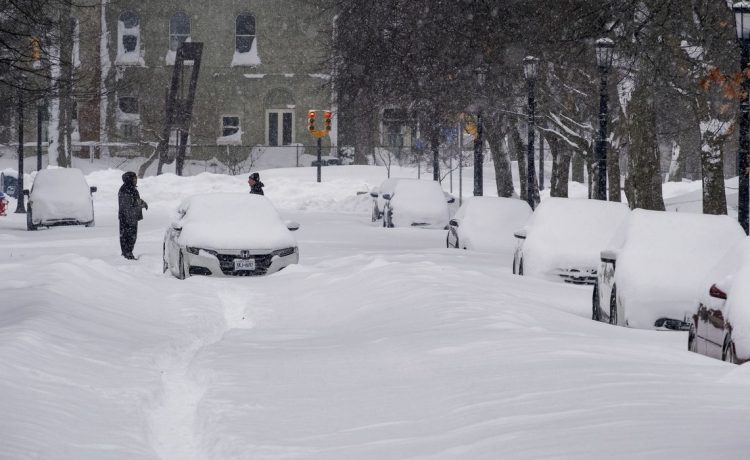 Eight suspects have been arrested for looting by Buffalo police as of Tuesday, as people are using the chaos created by the intense winter storm as an excuse to pillage stores for nonessential items.

“This isn’t people stealing food and medicine and diapers,” Mr. Gramaglia said. “They are destroying stores, they’re stealing televisions, couches, whatever they can get their hands on. They’re opportunists, they’re taking advantage. And all you’re doing is destroying the resources you have.”

Establishments hit by looters include Walmart, Family Dollar, Rite Aid and Dollar General, according to multiple videos on social media. The Washington Times has not independently confirmed the accuracy of the videos.

“People who are out looting when people are losing their lives in this harsh winter storm are absolutely reprehensible,” Buffalo Mayor Byron Brown said during a news conference Monday. He was joined by Gov. Kathy Hochul and Erie County Executive Mark Poloncarz. “I don’t know how these people can even live with themselves, how they can look at themselves in the mirror. They are the lowest of the low.”

The Christmas weekend blizzard has killed 31 people in Erie County, New York, according to CNN. Buffalo has instituted a two-day driving ban so plows can clear at least one lane and let emergency responders move about the city.

At least 25 people have died in 11 states due to the Arctic-like storm.