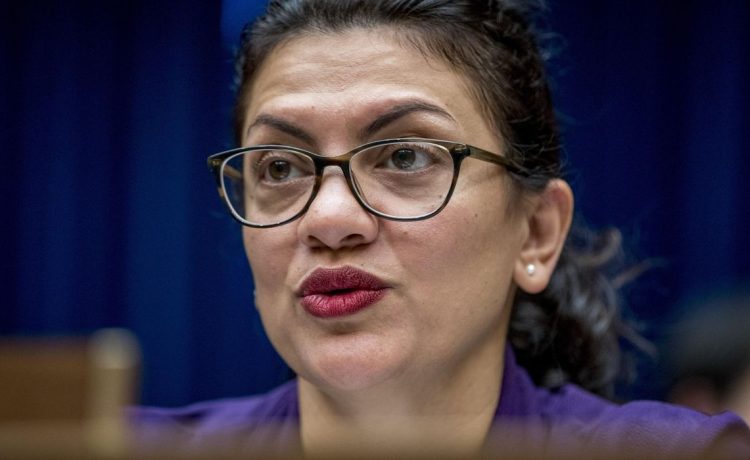 The Council on American-Islamic Relations (CAIR), the nation’s largest American Muslim civil rights and advocacy organization, called on all Democratic House offices Thursday “not to engage in dishonest, Islamophobic attacks” on Rep. Rashida Tlaib, following critical remarks she made about Israel.

Ms. Tlaib, Michigan Democrat,  re-ignited a feud within her Caucus Tuesday when she told an online conference that “[a]mong progressives, it has become clear that you cannot claim to hold progressive values, yet back Israel’s apartheid government.”

The seminar was hosted by Americans for Justice in Palestine Action and co-sponsored by American Muslims for Palestine. Fellow Democratic lawmakers were swift to criticize Ms. Tlaib.

Rep. Debbie Wasserman Schultz of Florida, the former head of the Democratic National Committee harshly said Wednesday it was “shameful and dangerous” for Ms. Tlaib to say progressives shouldn’t support the government of Israel. “Proud progressives do support Israel’s right to exist as a Jewish and democratic state. Suggesting otherwise is shameful and dangerous. Divisive rhetoric does not lead to peace.”

“I fundamentally reject the notion that one cannot support Israel’s right to exist as a Jewish and democratic state and be a progressive,” he stated on Twitter.

Reps. Haley Stevens of Michigan, Juan Vargas of California, Ted Deutch of Florida and Ritchie Torres of New York all made similar statements in response to Ms. Tlaib.

However, CAIR stated that “over the past several days the offices of these lawmakers “have mischaracterized and gone after Rep. Tlaib for stating ‘that among progressives, it has become clear that you cannot claim to hold progressive values, yet back Israel’s apartheid government.’”

The organization went on to say Ms. Tlaib’s remarks were made during an online seminar held by Americans for Justice in Palestine Action and co-sponsored by American Muslims for Palestine.

“On behalf of the Council on American-Islamic Relations (CAIR), the nation’s largest Muslim civil rights and advocacy organization, we are calling on all Democratic offices in the U.S. House of Representatives not to engage in dishonest, Islamophobic attacks on Congresswoman Rashida Tlaib in response to her commonsense observation that supporting apartheid overseas is incompatible with democratic values here at home.”

They said, “This is not the first-time members of the Democratic Party in the House of Representatives have leaped to the worst possible interpretation of what one of their Muslim colleagues said. This is simply Islamophobic. The fact that this scenario has occurred with such frequency over the past several years points to the need for Democrats in Congress to address the issue of Islamophobia within their own ranks.”

CAIR accused House Democrats of marginalizing and silencing elected Muslims and Arabs “who speak the truth to their lived experiences” and called it “discriminatory and incompatible with democratic values.”