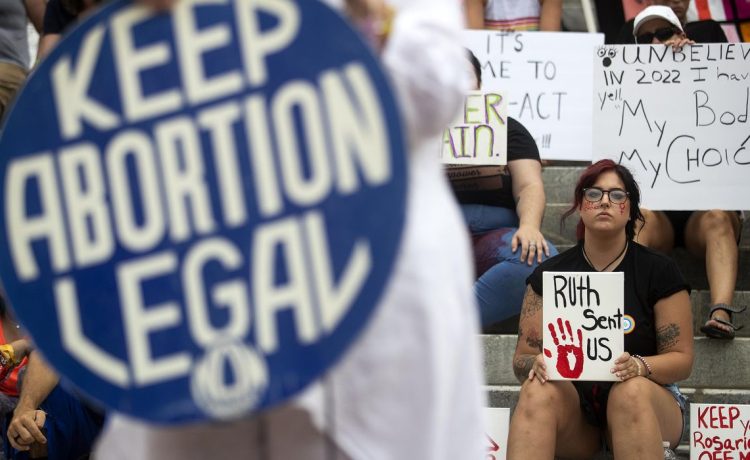 The indictment accused Caleb Freestone, 27, and Amber Smith-Stewart, 23, of engaging in “a conspiracy to prevent employees of reproductive health services from providing those services” in violation of federal law, including the Freedom of Access to Clinic Entrances [FACE] Act, according to the Justice Department.

The defendants and other co-conspirators are accused of vandalizing with pro-choice graffiti at least three Florida pro-life pregnancy centers, which provide resources to pregnant women but not abortions.

A center in Winter Park was hit with messages including: “If abortions aren’t safe than niether are you” [sic], “We are everywhere,” “YOUR TIME IS UP!!” and “WE’RE COMING for U.”

Facilities in Hollywood and Hialeah were also targeted.

“The indictment further alleges that Freestone and Smith-Stewart violated the FACE Act by intentionally damaging and destroying the facility’s property because the facility provides reproductive health services,” said the Justice Department release.

The defendants face up to a maximum of 12 years in prison, three years of supervised release and fines of up to $350,000.

Caleb Freestone and Amber Smith-Stewart are both charged with Civil Rights Conspiracy and violating the FACE acthttps://t.co/lyhp72ex00 pic.twitter.com/9OXVjqROb1

At least 78 pro-life facilities have been attacked since a draft opinion of the high court’s decision overturning Roe was leaked May 2, but until now the Justice Department had announced no arrests, much to the frustration of pro-life advocates, who suspect the pro-choice Biden administration of selective prosecution.

The group AntifaWatch claimed that both defendants were affiliated with Antifa in Miami.

A Facebook page identified as belonging to Amber Smith-Stewart of Miami includes pro-Antifa and anarchist images.

Last week, the FBI announced a $25,000 reward for information leading to the arrest and conviction of the perpetrators in the attacks, some of which were carried out by activists with the radical pro-choice group Jane’s Revenge.

The case was investigated by the FBI Tampa Field Office with assistance from the Miami Police Department.