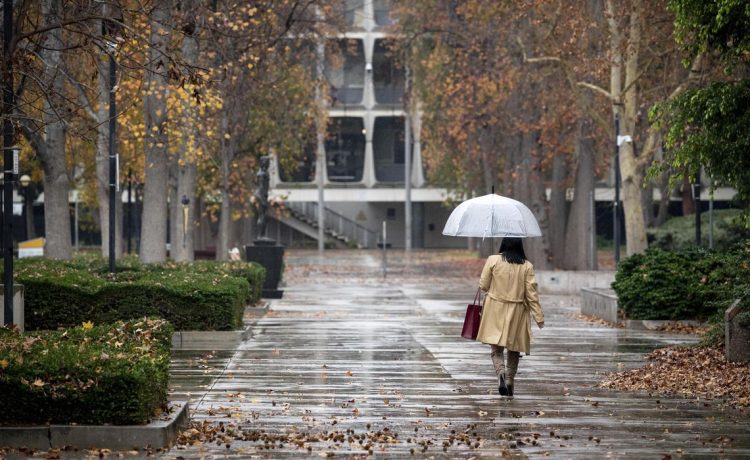 SACRAMENTO, Calif. — Californians on Friday were bracing for heavy downpours and potential flooding from a series of rainstorms poised to usher in the new year.

An atmospheric river storm, a long and wide plume of moisture pulled in from the Pacific, began sweeping across the northern part of the state Friday and was expected to bring more rain through Saturday, according to the National Weather Service in Sacramento.

Officials warned rivers and streams could overflow and urged residents to get sandbags ready. A flood watch was in effect in much of Northern California through New Year’s Eve.

It was the first of several storms expected to roll across California over the next week. The current system is be warmer and wetter, while next week’s storms will be colder, lowering snow levels in the mountains, said Hannah Chandler-Cooley, a meteorologist at National Weather Service in Sacramento. All in all, the Sacramento region could receive a total of 4 to 5 inches (10 to 13 centimeters) of rain over the span of the week, Chandler-Cooley said.

In Southern California, moderate-to-heavy rain is expected on Saturday. The region will begin drying out on New Year’s Day and the Jan. 2 Rose Parade in Pasadena should avoid rainfall.

Heavy showers are forecast for Tuesday or Wednesday, the National Weather Service in Oxnard said.

The rain was welcomed in drought-parched California, but much more precipitation is needed to make a significant difference. The past three years have been California’s driest on record.