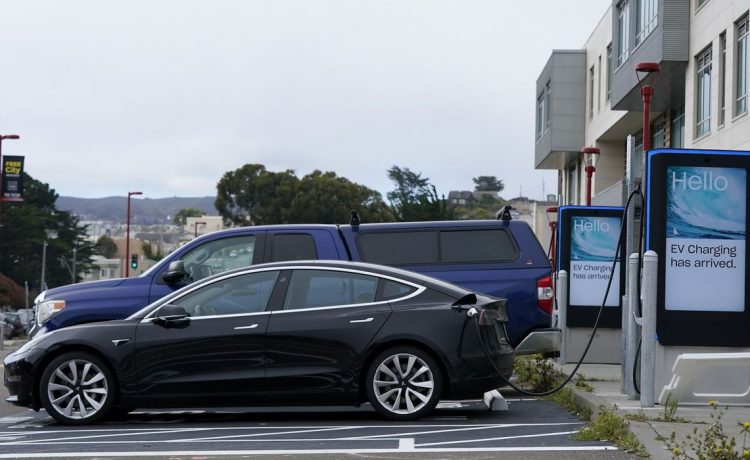 California will phase out sales of gasoline-powered vehicles by 2035 under a sweeping proposal approved Thursday, accelerating the transition to electric cars in the name of combating climate change despite widespread concerns about cost, feasibility and strain on the state’s shaky energy grid.

Californians would still be able to drive cars and trucks powered by internal-combustion engines and sell used versions, but the board estimated that the regulations would reduce tailpipe emissions by more than 50% by 2040.

Board members hailed the approval of the regulations as a historic and consequential move toward meeting the state’s goal of achieving a 40% reduction in greenhouse-gas emissions by 2030 from 1990 levels.

“This is a historic day and I’m really pleased to be here with all of you to take this step,” said board chair Liane Thompson.

Even so, industry representatives raised questions about whether the goal was realistic, based on the challenges associated with the global supply chain; critical minerals needed for batteries and components; and the nascent vehicle-charging infrastructure.

The Alliance for Automotive Innovation emphasized the industry has made massive investments in fleet electrification, but whether automakers can meet the California targets is beyond their control.

“Whether or not these requirements are realistic or achievable is directly linked to external factors like inflation, charging and fuel infrastructure, supply chains, labor, critical mineral availability and pricing, and the ongoing semiconductor shortage,” said alliance President and CEO John Bozzella.

“These are complex, intertwined and global issues well beyond the control of either CARB or the auto industry,” he said.

The board’s decision is expected to have a ripple effect on the national automobile market. California is the only state that may implement its own engine and vehicle standards, contingent on a federal waiver, and more than a dozen states have adopted the state’s vehicle-emissions standards.

Washington Gov. Jay Inslee said before the vote that his state would move to follow California’s lead.

“This is a critical milestone in our climate fight,” Mr. Inslee tweeted. “Washington set in law a goal for all new car sales to be zero emissions by 2030 and we’re ready to adopt California’s regs by [the] end of this year.”

Among those blasting the regulations was Rep. Doug LaMalfa, California Republican, who said that if Californians wanted to drive electric vehicles, “they’d buy them.”

“Unelected bureaucrats don’t get to tell people what they can and can’t buy,” Mr. LaMalfa said in a statement. “At least force the legislators to run a bill, have the arguments and be on the record, not hide behind an appointed bureaucracy. We must stop the government from usurping the power to run your life or decide what you own.”

During Thursday’s public comments ahead of the vote, some speakers raised questions about whether the electricity grid can support the infusion of millions of Teslas and Chevrolet Bolts. About 1 million of the state’s 26 million cars are plug-in electric vehicles.

Several commenters said the state continues to struggle with intermittent brownouts, forcing business owners to shut their doors and send their employees home.

“I think that California is putting all their eggs in one basket with electricity,” said Marcus Gomez, central regional director of the California Hispanic Chamber of Commerce. “I think they need to diversify. If we go all-electric, then that leaves California vulnerable to cyberattacks.”

• Kerry Picket and Ramsey Touchberry contributed to this report.