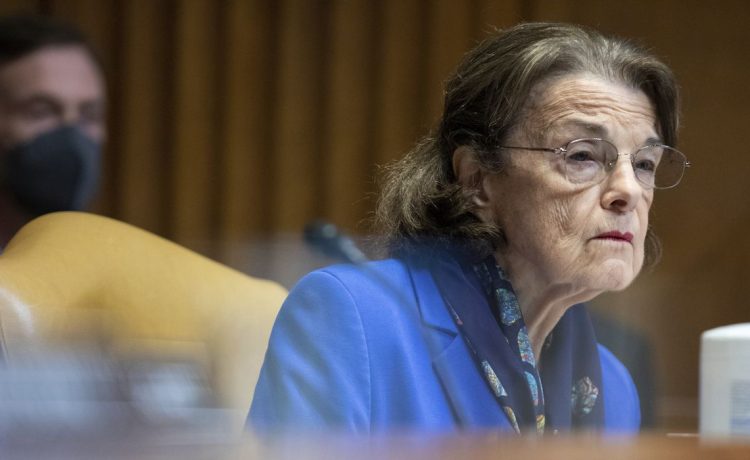 A political free-for-all has broken out in California, with several high-profile Democrats jockeying to succeed 89-year-old Sen. Dianne Feinstein in 2024.

Mrs. Feinstein, who was first elected in 1992, has yet to announce whether she will seek another term. But that hasn’t stopped younger, ambitious Democrats from jumping into the race.

“California needs a warrior in the Senate – to stand up to special interests, fight the dangerous imbalance in our economy, and hold so-called leaders like Mitch McConnell accountable for rigging our democracy,” said two-term Rep. Katie Porter when announcing her candidacy.

Mrs. Porter, who was just reelected in November, is not the only House Democrat angling for a promotion.

All four of the House lawmakers are seen as staunch progressives, compared with Mrs. Feinstein. She has angered liberals in California for her defense of the Senate filibuster and willingness to work across the aisle.

“Grassroots Democrats have been very unhappy with Feinstein for years,” said a California House Democrat. “It’s not fair per se, but California is one of the most liberal states in the nation. As a politician, you have to pay attention to your base.”

The progressive purity of Mrs. Feinstein’s would-be successors is not necessarily a benefit to being elected, even in deep-blue California. That’s because of the state’s size and demographic diversity.

“The more people that get into the race, the more the electorate gets sliced up,” said Mike Madrid, a political strategist who has advised both Democrats and Republicans in California. “If enough people are in the race, you can make it past the primary by a small plurality, but that also makes it more attractive for other candidates to jump in.”

With four progressives, that could make the race more attractive for a moderate Democrat. Geography and race also could play a factor.

Mrs. Lee and Mr. Khanna are from Northern California, whose wealthier and more progressive voters turn out in higher numbers than in Southern California — where Mr. Schiff and Mrs. Porter reside. Some of California’s most successful statewide candidates, including Democratic Gov. Gavin Newsom, Mrs. Feinstein, and Vice President Kamala Harris, all hailed from the north.

Complicating the picture is that no Hispanic candidate has yet to announce their candidacy, even though nearly 40% of California’s population is of Hispanic origin.

“In past cycles, voters have lined up tribally,” said Mr. Madrid. “The progressive white Democrat gets that vote in the primary, while moderate Hispanics get the Hispanic vote. Northern Californians get votes up there, while southern Californians do well there.”