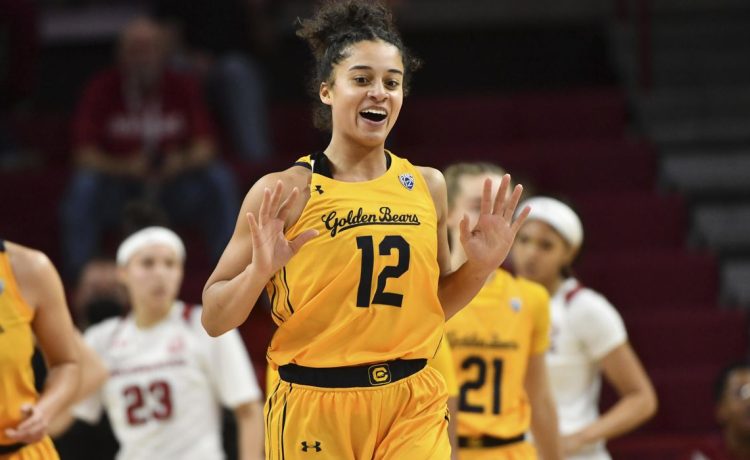 BERKELEY, Calif. (AP) — Jadyn Bush made a daily 90-minute commute just to get to her private Seattle high school some 30 miles away from her home in the diverse suburb of Federal Way, Washington. There were hundreds of train rides and bus trips with her younger sister Jillese.

“I have been in a relentless pursuit of my education from a young age,” the Cal forward said of what fueled her then and now.

Yet Bush felt isolated in a largely white high school, even with Jillese as her teammate and commuting companion. The experience largely inspired what Bush is doing in Berkeley while working toward her master’s degree in public policy: focusing her attention on helping find housing options for people coming back into communities from prison and others in marginalized populations.

“I have just had every opportunity, every stroke of luck that you can imagine,” said Bush, a graduate transfer from Harvard who arrived at Cal in the summer of 2021. “… It’s socially isolating to be in a different income class. It’s socially isolating to look different than your peers…. It was an important experience and it made me stand up for myself and want to tell my story to people and want to be really transparent from where I’ve come from and what I want to do and to bring as many people as I can along with me.”

Her sister, just 18 months younger, was one of Bush’s first big followers and supporters.

“I think that a lot of the time people only see Jadyn as a basketball player, and that is one of the least impressive things about her. She is so much more than an athlete. … She has such an immense impact on the people around her that tends to be overshadowed by her other tremendous accomplishments in the classroom and on the court.”

Cal has been a good fit for Jadyn Bush. She plays for Charmin Smith, a Black coach and outspoken advocate for social justice issues determined to make a difference by creating tangible change.

Other coaches have reached out to Smith about participating in coming seasons when there is room for them to take part.

Smith’s engagement has been a source of inspiration for Bush, who said Smith makes it clear that things won’t change “until you put (the issues) in their face and you demand them to do something.”

“And she is going to put these issues on a platform and say: ‘You can’t ignore me, you have to do something about this. You need to reconcile the way things have been since the beginning of time. You need to make space for these people and allow people, Black women head coaches, athletes, everyone to have their respect and be dignified in what they do,’” Bush said.

Bush has been working for Berkeley’s Terner Center for Housing Innovation, which is on campus and develops strategies and housing options for a variety of people to provide sustainable and affordable homes. She also worked on a special legislative report focused on discrimination in housing availability that was presented to the California Interagency Council on Homelessness.

“I think we’re aligned in a lot of ways and it’s just cool to see her being able to actually do real things, being involved in writing policy and everything she’s doing,” Smith said. “Some of it is way over my head.”

Bush’s concentration on social welfare policy related to housing is close to her heart, and she hopes to make a difference providing opportunities to people who might not be able to do so on their own.