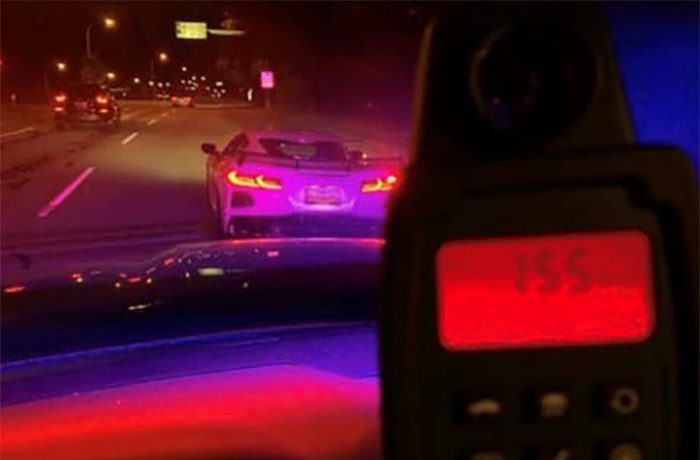 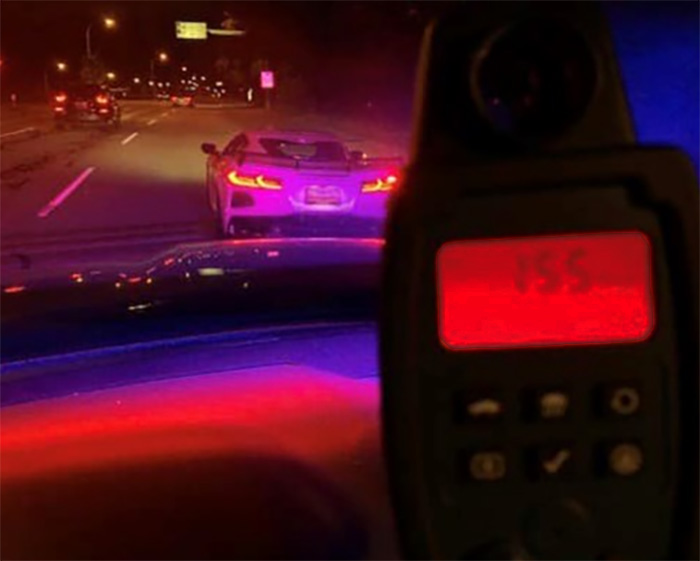 If you’re not up on your kilometers per hour conversions to miles per hour, you might think this C8 Corvette nabbed for speeding in Canada earlier this week was way worse than it sounds.

Port Moody Police Department (in British Columbia) posted a photo on Twitter showing a radar gun with a big red “155” on the screen, in the foreground a mid-engine Stingray coupe sitting on the side of the Barnet Highway (7A) between Union Street and Reed Point Way.

That 155 km/h translates into 96 mph, but while that’s only half what the Corvette is actually capable of, it’s still nearly double the speed limit of 80 km/h or 50 mph.

And that was more than enough reason for Port Moody police to issue the driver a speeding ticket of $483 – the maximum fine for excessive speeding, 40 km/h or more above the posted limit per the BC Motor Vehicle Act.

Above that, though, the Corvette driver will also lose his car for an impoundment period of at least seven days, and depending on his driving history, it could be even longer.

“Speeding remains the leading cause of fatal collisions in our province and it is certainly a traffic enforcement priority for our front-line officers who work to keep Port Moody roads safe,” Port Moody Police Department spokesman Sam Zacharias said.

“It is important for motorists to slow down [and] give extra following distance, especially as we approach the winter months and road conditions eventually deteriorate.”

Ironically, the Corvette driver joins impressive company. A driver in a Ferrari lost his car for seven days in July after being nabbed doing 134 km/h in a 50 km/h zone on the same stretch of highway.

Government officials are doing their best to slow traffic down there, having reported 35 known collisions along Highway 7A between Union Street and Reed Point Way from 2017 and 2021, with some ending in property damage, injury, or death.