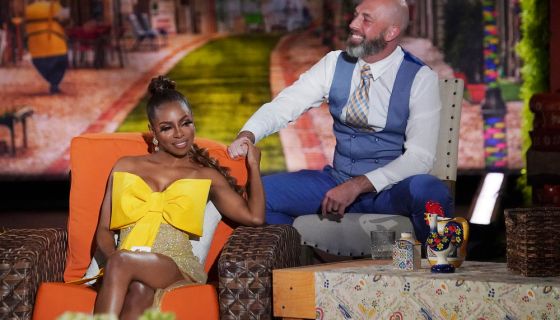 A #RHOP preview featuring Candiace Dillard shading a (*checks notes*) “Sesame Street character” is picking up steam and her hubby’s weighing in. 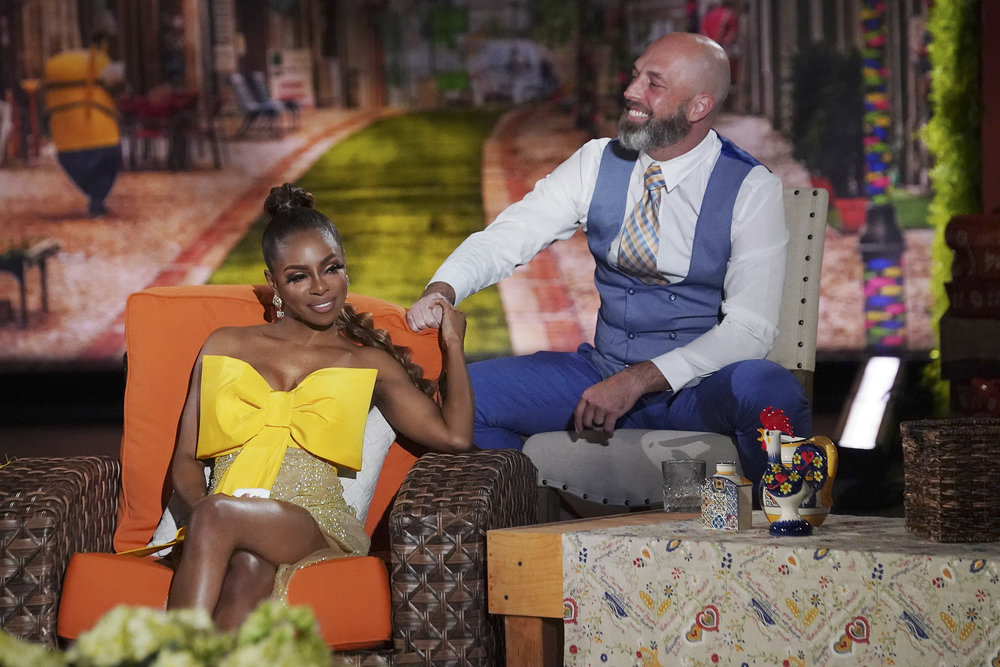 Sunday’s episode of The Real Housewives of Potomac ended with a clip of the “Insecure” songstress declining to speak to a woman at a live show hosted by housewife Karen Huger.

The woman in question was Deborah Williams, a friend of Ashley Darby’s who alleged that Candiace’s husband Chris Bassett tried to flirt with her at a previous event.

“I’m at the bar and all of a sudden I see Chris, and he comes over,” says the friend in the #RHOP clip while pantomiming like Chris was flipping his hair. “And then happy Eddie [Osefo] comes over,” adds Williams amid laughter from Gizelle Bryant. “He was very flirty.”

Williams’ allegations were first shared by Ashley Darby who brought them up during a “burn session” hosted by Wendy Osefo.

The latest #RHOP preview clip shows Candiace coming face to face with Williams who asks her if she’d like to talk in private.

“Oh, this is the friend that Chris was “touching on?” asks Candiace mockingly. “I’m not talking to that Sesame Street character, so tell that b*** to stop talking to me,” she adds.

As you can imagine, social media has gone WILD with reactions to the moment…

“I’m not talking to that Sesame Street character” pic.twitter.com/pDn3Emit26 https://t.co/8hyT5ZF1jF

and Chris Bassett himself has weighed in.

“I have nothing to say……” tweeted the chef/#RHOP husband who Gizelle Bryant previously alleged made her “uncomfortable.”

i have nothing to say……. #RHOP

They really got on Kenya Moore’s internet to say you tried to talk to her pic.twitter.com/hbz5a0UlCG

You don’t have to. We got you and we know better! pic.twitter.com/NLJneXHcgp

when i saw that shit last night…that was the EXACT same thing i said….ma’am, IM FUCKING BALD!!!

and Bassett shared a sarcastic laugh with “happy” Eddie Osefo about the moment.

stop it eddie…..not allowed….you are not allowed to be happy

Bro, it’s wild at this point. I can’t smile because it could be misinterpreted for something else🙄 pic.twitter.com/rzW0ESkL5g

As for Williams, she’s responded to the “Sesame Street character” diss and it sounds like she’s taking it in stride.

Amid ongoing chatter from #RHOP watchers, Williams wrote on her InstaStory;

“Happy Monday my beautifully confident butterflies, Remember if you let one person knock you off your pedestal, then you will allow others to follow suit. Don’t do it. Continue to stand strong and flutter your gorgeous glitter filled wings. Yasssssss”

She also set the InstaStory to the music of the Sesame Street theme song—-and has hinted several times on social media that she’s telling the truth.

What do YOU think about Candiace’s #RHOP “Sesame Street” shade? Are YOU ready to see more of the messy moment with Deborah Williams play out?

She hasn’t even been on the show yet and Deborah Williams got the GWORLS shook. She is gorgeous. What are you looking like in the mirror??

Also, she has every right to put RHOP in her bio. She’s IS on a show you’re watching from your dingy couches. 😒#RHOP pic.twitter.com/09mSX9AGfL