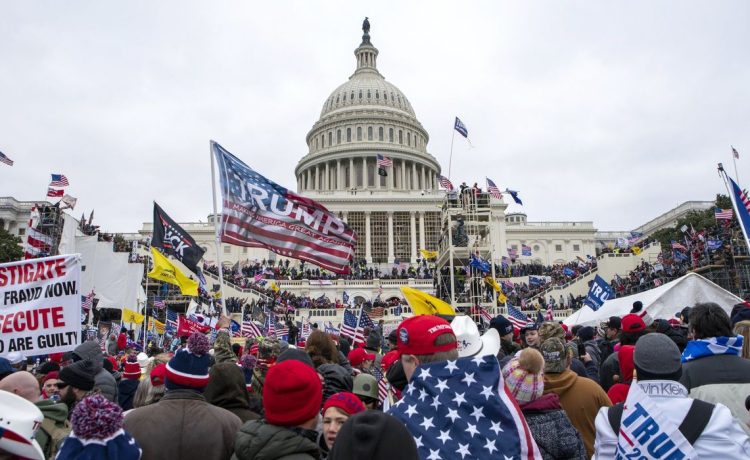 A Texas man pleaded guilty Thursday to assaulting a police officer by striking him in the side with a skateboard during the Jan. 6 mob attack on the U.S. Capitol.

Grady Douglas Owens, 22, entered the plea in federal court in Washington. His father, Jason Owens, 50, also pleaded guilty Thursday to assaulting an officer for shoving one officer and fighting with another over his baton.

They have yet to be sentenced.

The two men attended President Trump’s “Stop the Steal” rally on Jan. 6, 2021, before marching to the Capitol, where they were among the Trump supporters that broke into the building, chasing lawmakers who were in the process of certifying President Biden’s win.

As they reached the Capitol, they encountered some Metropolitan Police Department officers who were pushing their way through the crowd. Grady Owens admitted to lifting his skateboard and striking one of them in the side. A skirmish then erupted, and Jason Owens pushed another officer.

An hour later, on the other side of the Capitol grounds, Jason Owens fought with a Capitol Police officer over his baton.

Grady Owens recorded a video of himself at the Capitol, where he vowed to “hold these traitors accountable.”

“We will not concede,” he said in one recording.

He admitted in his plea that he was trying to stop the certification of the 2020 vote.

Authorities say they have made nearly 900 arrests stemming from the Capitol breach. More than 275 have been charged with assaulting or impeding an officer.