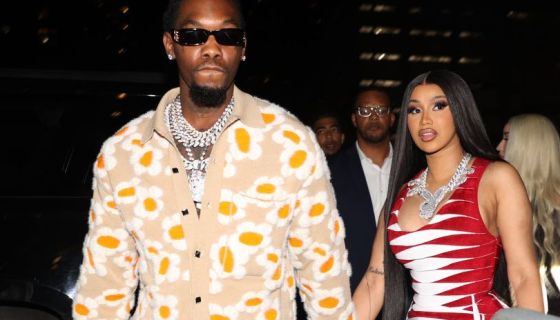 Cardi B and Offset are trying to keep their heads above water following Takeoff’s death, but the “Bodak Yellow” rapper admits her husband’s happiness is hard to come by. 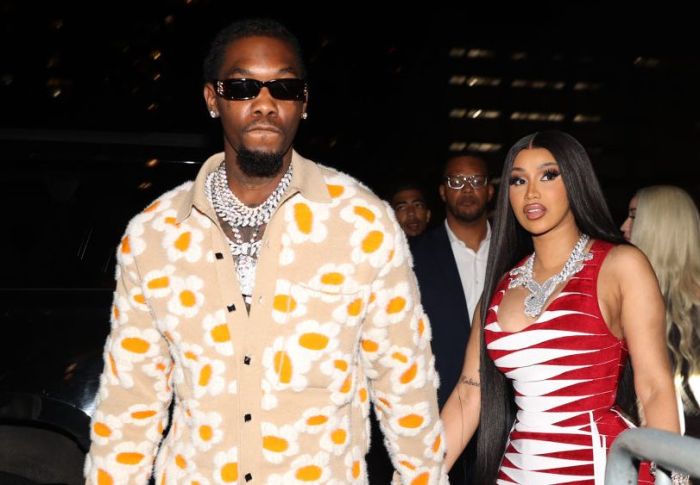 It’s been almost a month since Migos rapper Takeoff was fatally shot in Houston, and it goes without saying that his friends and family are still reeling from the shocking loss. Cardi B spoke to The Neighborhood Talk over the weekend, where she explained just how bleak it’s been for her husband, Offset, as he continues to mourn his cousin and longtime musical partner.

“We’re living our life normally, but deep down inside our hearts have been so heavy,” she told the blog. “I feel like if I talk about – the internet’s so desensitized – how we really feel, what motherf–kers really been going through, y’all would start saying, ‘Oh sympathy.’”

“We don’t want no sympathy,” Cardi continued. “We ain’t no charity case, but no lie, I have been feeling so hopeless trying to make my husband happy, Trying to make him crack a smile.”

The rapper said that seeing Offset “randomly cry” over the past couple weeks has broken her heart. She also acknowledged that because it’s been almost a month since Takeoff’s death, people are starting to feel more “comfortable trying to be funny.”

Takeoff was shot and killed at a bowling alley in Houston following an altercation over a game of dice on Nov. 1. He was 28.

Following the late rapper’s memorial in Atlanta, Offset took to social media to talk about his cousin’s passing for the first time, saying that his “heart is shattered” and the pain he’s experiencing is “unbearable.”

“I’ve been going to sleep and waking up hoping that all of this is a dream, but it’s reality, and reality feels like a nightmare,” the “Bad and Boujee” rapper wrote on Instagram. “I wish I could hug you one last time. Laugh one last time. Smoke one last time. Perform one last time.”