Cardi B Reveals How She & Offset Learned Takeoff Was Murdered 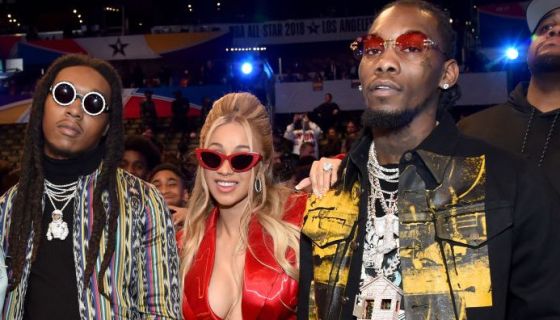 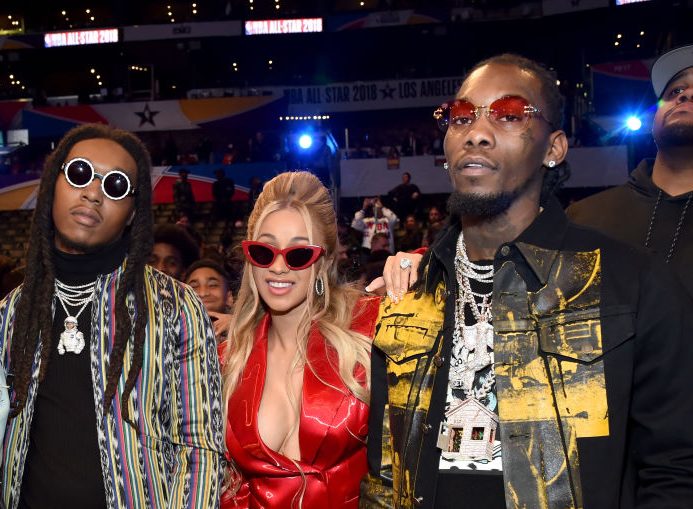 In an exclusive interview with Hollywood Unlocked, Cardi B details her and Offset learning about the passing of Takeoff.

Back in November, the world was left shocked by the news Takeoff who is 1/3 of the MIGOS was murdered in Houston. Takeoff was reportedly an innocent bystander to an altercation that would ultimately take his life. While Houston Police arrested the suspected shooter fans, friends and family are still mourning. Offset and Quavo both posted their tributes to Takeoff after his passing but since have not publicly spoken about his passing.

Cardi B Reveals How Her & Offset Learned Of Takeoff’s Murder

Cardi B recently did an exclusive interview with Jason Lee from Hollywood Unlocked and revealed how she and Offset learned about Takeoff’s passing.

“We were in bed. We were supposed to go to LaLa’s party in New York, and my daughter threw up all over my costume,” Cardi said. “Halloween was over ’cause it was just so much throw-up on the costume and I ain’t have nothing to wear.

“So we just fell asleep, and out of nowhere, Offset’s phone kept ringing, my phone kept ringing. Offset picked up the phone and he was just like, ‘No!’ He’s screaming and screaming. He’s screaming like, ‘No! No! No! No!. He’s like, ‘TakeOff is dead.’ I smacked him and said, ‘Don’t say that!’ And then he’s just like screaming and throwing things, throwing up, running all over. And I was so scared, I was crying so much. It was terrible.”

Despite any rumors of the Migos breaking up previously, it’s important to remember all the members are family before anything. Grieving never goes away and hopefully, Quavo and Offset can take time to process it on their own time.

You can listen to Cardi B detail finding out about Takeoff’s passing below.