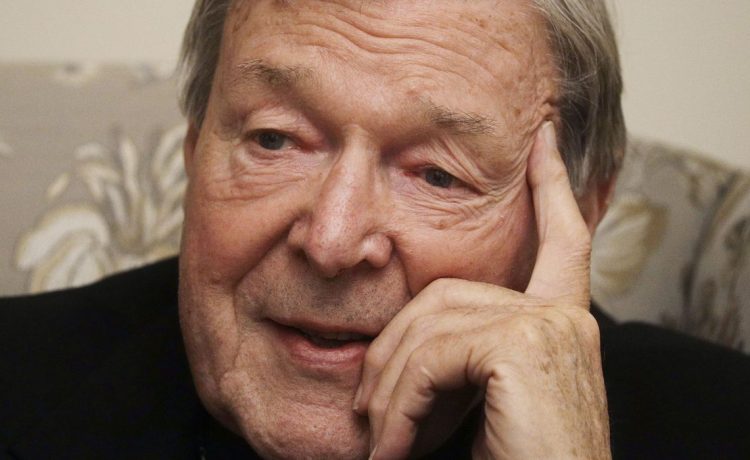 Cardinal George Pell, the former head of finances for the Vatican who later served more than a year in an Australian prison on sex abuse charges that were later quashed, died Tuesday night in a Rome hospital, the Catholic Archdiocese of Sydney confirmed.

He was 81, and the Italian newspaper “Corriere Della Sera” reported the cardinal died from complications “following a hip operation” earlier in the day.

“It is with deep sadness that I can confirm His Eminence, George Cardinal Pell, passed away in Rome in the early hours of this morning,” Sydney Archbishop Anthony Fisher wrote on Facebook. “This news comes as a great shock to all of us. Please pray for the repose of the soul of Cardinal Pell, for comfort and consolation for his family and for all of those who loved him and are grieving him at this time,” he said.

At one time, Australia’s highest-ranking Roman Catholic cleric and then the No. 3 Vatican official, Cardinal Pell was convicted in the Australian state of Victoria on charges of sexually abusing two teenage boys during the 1990s and spent 404 days in solitary confinement before his April 2020 exoneration.

Jailers kept Cardinal Pell in an 8-by-11½-foot cell for 23 hours each day and allowed him a single hour of exercise. In June 2021, he told The Washington Times that his conviction might have been a way to ensure “somebody takes a knock for the church” for a series of abuse scandals which Australian officials separately said the cleric didn’t sufficiently address. The cardinal disputed that claim, the Australian Broadcasting Corporation reported.

Isolated from other inmates while in prison, Cardinal Pell said he developed a new routine.

“I think I certainly maintain[ed] my sanity and my equanimity. I had a daily routine,” he said in a 2021 video interview. “I got up, dressed [and] ate breakfast. I watched a morning sunrise [television] program and enjoy[ed] it. Got my prayers said, the official prayers of the church, [and] did my meditation. I had two periods of exercise a day and the main meal around 11 or 11:15.”

The cardinal said his imprisonment gave him greater exposure to television programming than he’d had previously.

“I had very little television during my life. I watched more television than the rest of my life put together,” he said. After some viewing, “I would write [in] my diary every night.”

Those diaries were the heart of his three-volume series, “Prison Journals,” published in the U.S. by Ignatius Press.

“Cardinal Pell was a great man — a great man of Christ and a great man of the Church,” Mark Brumley, president of Ignatius Press, said in a statement. “He suffered much but he remained a faithful witness. At Ignatius Press we have been greatly honored to know and to work with him. We will all remember his fidelity, intelligence, wit, charm and humility.”

Born on June 8, 1941, Cardinal Pell grew up in the Victorian regional town of Ballarat. Standing 6 feet, 4 inches tall, he was a talented Australian rules footballer. The Associated Press said “he was offered a professional football contract to play for Richmond but opted for a seminary instead.”

The Cardinal headed the Melbourne, Australia, archdiocese before leading the Sydney archdiocese. Pope Francis brought him to Rome in 2014 to clean up the Vatican’s finances but he left after the abuse charges were filed in Australia.

During his time in prison, encouraging messages from Pope Francis, Emeritus Pope Benedict XVI, and Cardinal Pietro Parolin, the Vatican’s secretary of state, came to his cell, along with 4,000 other letters, which he answered individually.

Cardinal Pell told a reporter his imprisonment taught him “one very basic lesson.”

He said, “I’m happy to say, as you know, the Christian package works. I believe in God, I believe in Jesus as the Son of God, in the usefulness and beauty of his teaching.”