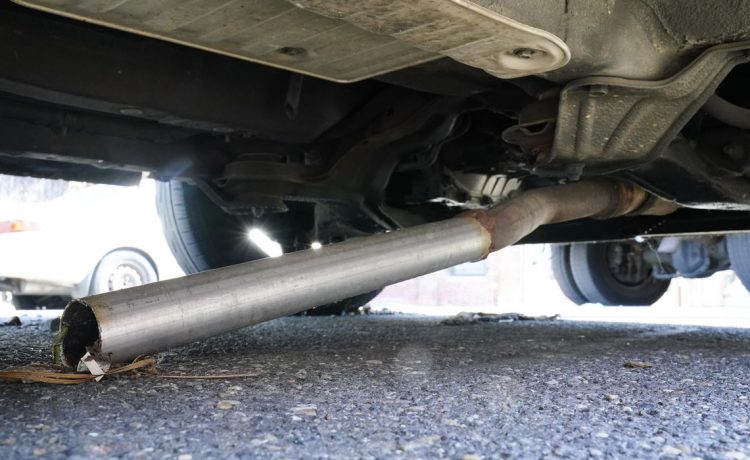 Authorities have arrested a group of thieves involved in stealing $545 million worth of catalytic converters. The police action took 32 search warrants in nine states and two indictments of 21 suspects.

Catalytic converters contain precious metals that, when refined back down into powder, can be sold to metal refineries.

“Cutters” steal the converters from vehicles, then sell them up the chain, according to the indictment in the Northern District of Oklahoma.

The 21 defendants are charged with conspiracy to transport and receive stolen catalytic converters, conspiracy to commit money laundering, and other related offenses.

Navin Khanna, 39, of Holmdel, New Jersey, is the only common defendant between the indictments.

“California accounts for 37% of all catalytic converter theft claims nationwide. I am proud to announce that we have indicted nine people who are at the core of catalytic theft in our community,” U.S. Attorney for the Eastern District of California Phillip Talbert said in a Justice Department release.

Nine suspects were indicted in the Eastern District of California. Brothers Tou Sue Vang, 31, and Andrew Vang, 27, along with Monica Moua, 51, are accused of operating an unlicensed business from a personal residence in Sacramento.

The three are alleged to have acted as intermediate buyers for local cutters and are accused of selling converters worth a total of $38 million to DG Auto Parts LLC in New Jersey to be processed.

Mr. Khanna and five other defendants are accused of operating multiple DG Auto Parts locations in New Jersey as core buyers, plus decanning knowingly stolen converters and selling the powder from California and other states like Oklahoma to refineries for over $545 million.

“In Tulsa alone, more than 2,000 catalytic converters were stolen in the past year. … The collective work conducted by federal prosecutors and more than 10 different law enforcement agencies led to the filing of charges in the Northern District of Oklahoma against 13 defendants,” U.S. Attorney for the Northern District of Oklahoma Clint Johnson noted.

In the Northern District of Oklahoma case, 13 defendants were indicted, including Mr. Khanna.

Also indicted were Martynas Macerauskas, 28, of Texas, Tyler James Curtis, 26, of Oklahoma, and Adam Sharkey, 26, of New York, alleged to have been wired money by DG Auto Parts to act as intermediaries for local cutters.

Also accused of receiving money from DG Auto Parts were Mr. Sharkey with over $45 million, Mr. Macerauskas over $6 million and Mr. Curtis over $13 million.

The nine other defendants in the case were from New York, Texas and Oklahoma.

The FBI Sacramento Field Office, the Homeland Security Investigations office in Tulsa and Internal Revenue Service Criminal Investigation agents in Sacramento and Tulsa are leading the investigations, with assistance from other federal, state and local authorities.